The wings of history

- It is happening in Blekinge

At the border between the forest and the open sea, people have lived and worked for thousands of years. Here, communities have grown alongside the sea, forest and precious natural values much earlier than we had previously thought. Don't be surprised if you quickly realize that it was in Blekinge that everything started.
With the peace in Roskilde in 1658, Blekinge once ended up under Swedish rule.
Now, old injustices would no longer affect the border area, which for hundreds of years has been the border between the Danes in the south and the Swedes in the north. Several thousand years before that, the coastal areas around Blekinge were populated by collectors, hunters and fishermen who have probably settled already 9600 years ago (Vesan, Sölvesborg). Then the coastline was about 2 kilometres straight out into the Baltic Sea water - which was then freshwater - surrounded by the Ryssberg massif in the west and the forest-rich water-rich, animal-dense forests full of oxen, red deer, bear and wolf.

Almost 1.5 kilometres southwest of the entrance to the hard rock festival Sweden Rock was already one of the Nordic region's first and most extensive fermentation plant for fish, 9000 years ago. In the excavation ahead of the new highway between Stensnäs and Sölve, the archaeologists found 200,000 fish bones in an unpalatable pine, which after extensive analyzes corresponds to 60 tons of fish.
- An utterly unique find, says Adam Boethius, an osteologist at Lund University. It shows not only that people were living much far earlier than we previously thought, but also that they could refine and store food for the winter. Usually, fish bones have long decayed. Unlike mammals, the bones of the fish are so fragile that traces of fish are rarely found in archaeological sites. But in Sölvesborg, the amount of fish was so large that the plant has hardly been used for self-catering needs, but rather for larger communities. About 80% of the fish were a roach, but pike, perch and various types of carp fish were also able to determine species in the finds. Because salt at that time was expensive and difficult to obtain, pine bark was probably used as a pesticide before the fish was packed in unique leather bags, made of seals, and

The dragon brand on Hanö, Sölvesborg

Beautiful Hanö is an excellent excursion by boat from Nogersund on Listerlandet. Follow the white trail around Hanö and enjoy the barren island in the middle of Hanö bay. During the Napoleonic Wars, Hanö was the base for the English fleet, which during the years 1810-1812 when Sweden was formally at war with Britain (a war forced by France since the loss of the Pomeranian War) could no longer use Swedish deep ports for its operations in the Baltic Sea. On a granite wall just next to the cobblestone cave Rövarkulan, which is said to have hidden both robbers and theft goods, is seen the Drakamärket which is a thin pleated layer of old gneiss, which according to legend emerged when a dragon was dazzled by the lighthouse that lit for the first time in 1869 and crashed straight in the rock wall. www.hano.nu

Who were the people who today are called sloppy males? Terrorists who did everything they could to kill Swedish soldiers or liberation warriors who were terrified of losing what little they already had? To understand a bit better we have to go back to the time of 1658 and the Swedish / Danish peace in Roskilde. To guarantee his newly won power, the Swedish king allowed riders and dragons to move in with the peasants in Skåneland to have eyes and ears everywhere. The war-wounded and ravaged soldiers abused, vandalized and plundered their hosts and raped women without exception. The peasants protested, but the views did not belong to the authorities, and instead of the children's right to inherit their parents were deprived. In cases where the farmer died, his wife inherited half the farm and the soldier half. If the wife also died, the soldier inherited everything. A change of law that made the farmers terrified when the dragons did not always dare wait for the farmer to die naturally. Nowadays one can take part in exciting lectures by Stina Helmersson and Tommy Wirén on the snapping cocks on Ryssberget at Saloon Longhorn at Ryssberget's foot during the summer season www.saloonlonghorn.se www.stinahelmersson.se

Valhall's steep pedigree on Lake Orlunden just east of Olofström has undoubtedly never been used other than for recreation. Yet the stories never seem to end with the people who jumped - or were thrown down the slope - when the energy to live ran them out of their hands. Across the country, the rumour of the barbaric pedigrees has left us stunned by the cruelty of the time. Still, despite the fact that there are hundreds of places that are said to have had the role of a pedigree, there is not a single example where one could really prove its existence. Instead, the rumour probably stems from the Icelandic Gautrek saga, an ancient story that became known in Sweden in the 17th century. The story describes the Icelandic family cliff aetternis stapni for the first time in writing. Visit: You will find Valhall on the western side of Lake Orlunden in Olofström municipality. Don't forget to bring your own fully stocked fig basket.

Between 1845 and 1930, almost a third of the Swedish population emigrated due to lack of cultivation land, unemployment, religious oppression and lack of personal freedom.
On the other side of the Atlantic, the American Homestead Act attracted cheap, almost free cultivation land and many Swedes saw the United States as the salvation of life. In August 1853, the first ship anchored in Karlshamn, when the ship Amalia Maria departed for her maiden voyage (from Karlshamn) with 196 emigrants on board. The expatriate monument depicts Karl Oskar and Kristina and, shows how Karl Oskar looks out to the sea while Kristina anxiously casts a glance at the hometown and everything they leave. The monument was erected by sculptor Axel Olsson and erected in midsummer in 1959. Visit: You will find the expatriate monument in Näsviken (the promenade) just south of Hamngatan. www.karlshamn.se

As early as the Danish era, in the middle of the 1100s, the Danish king sent his best runologists to Kongslijden in Blekinge to interpret the scriptures that someone made in the indigenous mountain. Saxo Grammaticus, a Danish historian who worked as secretary to Archbishop Absalon of Denmark, concluded that the runes were probably drawn by Harald Hildetand, a Danish sago king who fell in the battle of Bråvalla. A long-time later, in the mid-1800s, the runologist Finn Magnusen succeeded in interpreting the run script and concluded that the text probably came from a source that the saga hero Starkad is said to have dictated during the Bråvallas battle. Later, several archaeologists succeeded in proving that the runic scripts have never been anything but natural cracks in the bedrock. Visit: You will find Runamo south of the E22 midway between the lakes Salsjön and Blanksjön along the Blekinge Trail between Järnavik and Ronneby Brunnspark. It can be a bit difficult to find the cracks, but you will find them east of the sign, at the edge of the rock.

After Swedish soldiers on retreat during the Nordic seven-year war were executed by the bleachers in Ronneby, the Swedish king became furious. He ordered that Ronneby be levelled with the ground. The Swedes urged the city people to surrender, which the Ronneby residents refused and on September 4 attacked Swedish troops Ronneby which soon fell. The city was plundered, and people were killed according to the king's decision. Not even the church was left in peace, but the soldiers broke through the gates to rage down women, children and old who sought protection in the church in wild rage. You can still see the blackening church gate with marks after axes and greetings from Ronneby carnage 1564. The entrance is stored inside the church.https: //www.svenskakyrkan.se/ronneby/heliga-kors-kyrka.

If the Russian came - a city walk under central Karlskrona
Right below Stortorget in the middle of the major world heritage city Karlskrona lies what was previously one of Sweden's most extensive underground defence facilities. Nowadays, the rock chambers are sealed, except for the railway tunnel between Hogland's park (Koopman's hill) and the southern part of the Admiralty Park. What started out as an ordinary logistics project, which simply needed to be able to transport goods to the war yard from the railway station further north, received utterly different tasks during the world war. First as a telephone exchange (1923) and then as a staff place to eventually be expanded with kitchens, nursing homes and housing. For over twenty years, the defence force built burst and dug deeper into the bedrock just below Karlskrona. The plant was in use until the end of the Cold War.
"Of course, having thousands of civilians living in the middle of a strategic military goal was not a dream scenario for either the Swedish Armed Forces or Karlskrona Municipality," says guide Michael Helgesson. Apart from a visit to the railway tunnel, visitors can follow down into the shelter outside Blekinge District Court and explore the nuclear bomb-protected Berggården thirty meters underground. www.kulturkompaniet.eu

Nobody knows what is really the basis for Rosenbom and the poverty box outside the Admiralty Church in Karlskrona. The rumours are many, and the stories are many more. One of the most probable stories concerns a beggar's round at Karlskrona's citizenship on New Year's Eve 1717 when Matts Rosenbom, who came to Karlskrona to work on the shipyard, runs around with the citizens and asks for sup. As the hours go by, Rosenbom becomes increasingly drunk, and with Captain Lagerbielke, he drops his hat as he bows deep. Later that night, Rosenbom is thrown out by sculptor Kobbe and freezes to death standing against the Church of the Admiralty with his hand outstretched. Full of lousy conscience, sculptor Kobbe decides to make a wooden statue of Rosenbom in the form of a poor box with a sign: "Humble I ask you, though the voice is probably dull, put a penny down, but lift up my hat. Rarely is he who cares for the poor". Kon.Dav.41: 23rd
Visit: You will find Rosenbom outside the Admiralty Church on Trossö. Today's statue is a copy, and the original is stored inside the church.

Shipwreck, Marine Museum, Karlskrona
When the Marine Museum was built in 1997 at Stumholmen in the middle of Karlskrona, on land that for hundreds of years belonged to the Navy, a wreck tunnel was also built where you can go dry-coded and look at a real shipwreck. The wreck was recently rescued and could be identified as the warship Prince Carl from 1684, a meritorious ship that probably joined the expedition to Denmark in 1700, at the Battle of Möen (1710) and at the Battle of Fehmarn (1715). When Prince Carl fought in the 18th century, the ship had at most 600 men on board and 86 guns. From the mid-1600s, a specific battle sequence was used at sea where the ships formed lines and fired their cannons in one direction. The line ships, also called battleships, were divided into several classes: first, second and third rank battleships. The warship Prince Carl was a first rank ship. www.marinmuseum.se 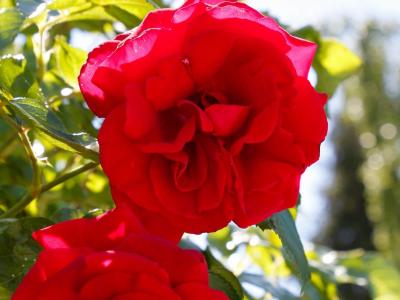 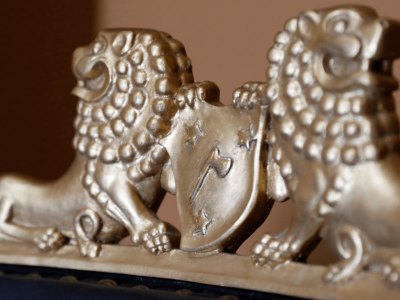