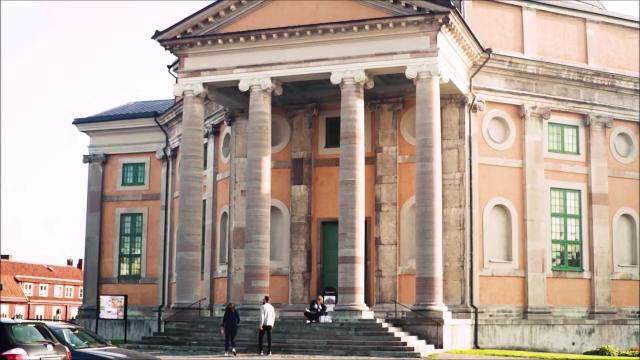 - the Naval City Karlskrona which became a world heritage site

High parade streets, impressive fortifications and splendid churches. Karl XI had grand visions for Karlskrona. Follow along to a city where history meets the present and future. What makes Karlskrona a living world heritage are the remnants of different eras that followed in the present. Visit Kungsholm's Fort, the Naval Museum and the postcard idyll Brändaholm and you will understand why Karlskrona is on the same UNESCO list as the pyramids in Egypt and the Great Wall of China.

At Stortorget's (the main square) cobblestones and the splendour of the Square, you can experience two of Sweden's foremost examples of Baroque architecture. The first is the beautiful Fredrik Church, a legacy of the excellent power era. The church is newly renovated and today a fantastic multi-arena. The other is the vast Trinity Church with its magnificent ceiling. This octagon-shaped church was created by German labour immigrants who had not previously had their own religious place in the city. Walking among the dark wooden benches causes the imagination to wander away. If you want to donate a coin to the church's activities, you lift Rosenbom's hat.

The only thing that was there before Karlskrona was built was a simple farmhouse.

From the churches on Stortorget down to Amiralitetsparken is one of Karlskrona's green living rooms. Here is a fun playground for the younger children and the park is perfect for a summer picnic, or for a while relaxing in the warm sun grass. A nice break before moving on to one of Karlskrona's icons - the wooden figure old Rosenbom. Just like the labour immigrants, this person is from another place. Rosenbom came from Åland and is said to have been one of the first to settle in the new town of Karlskrona in the early 18th century. Even today, he stands outside the Church of the Admiralty with his outstretched hand, his placard and his poverty box. If you want to donate a gift to the church, you lift Rosenbom's hat.

Lindholmen is a stone's throw from the Admiralty Church and old Rosenbom. It is a military area where you can book guided tours. Here the waves foam towards the shore and you can enjoy the tar scent from the rope track (Repslagarbanan). If you book a guided tour around the islet where the Karlskrona shipyard has been around since the 1600s, you can see the 300-meter long Repslagarbanan and the other well-preserved industrial buildings. The knowledgeable guides tell you about the technological advances, industrial history and the people who worked on the site.

Many were those who worked on the shipyard, and most of them lived at Björkholmen. Several of the cottages on the islet are low and, manufactured in oak. Some have been preserved since the 18th century. With a little luck, you can still hear someone speaking the old genuine Karlskrona dialect here. A contrasting detail in the neighbourhood is the Shipyard Wall, which historically separated the civilian Karlskrona from the military. 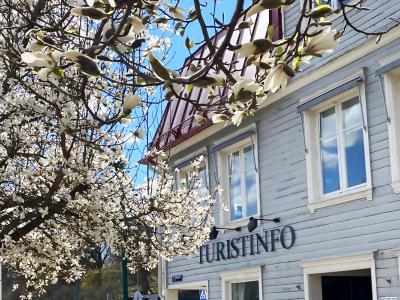 Planning a bus trip to Blekinge?