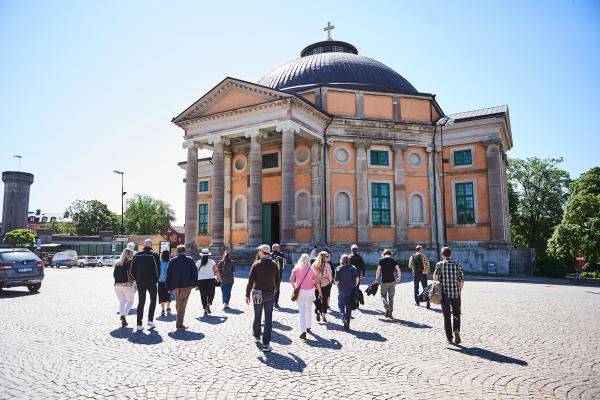 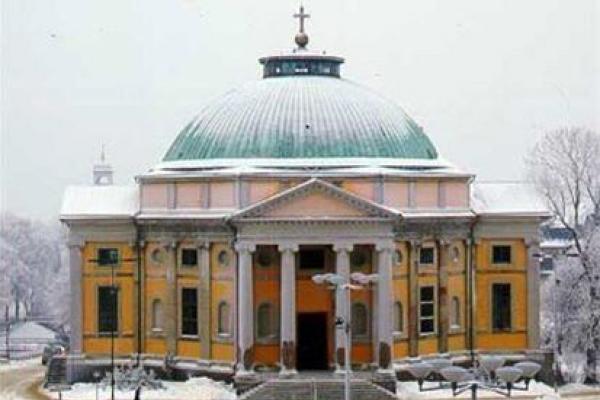 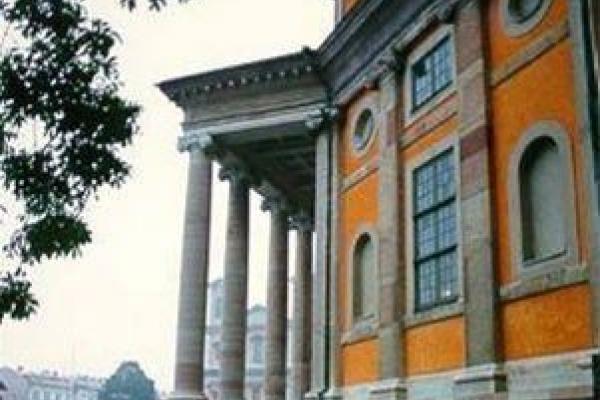 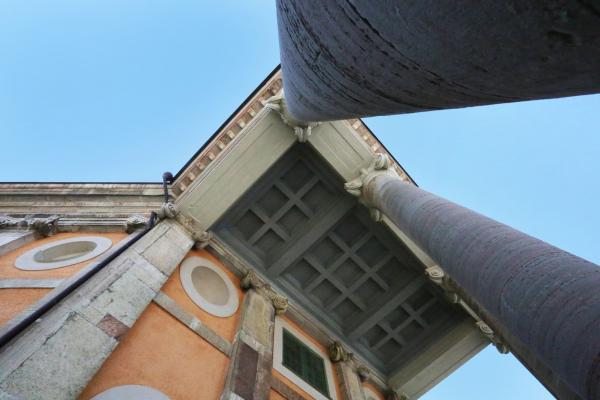 The Church of the Holy Trinity is by some considered to be the grandest work of architecture in the town.

It is also known as the German Church since it was the parish church for members of the German community in the town until 1846.

The church, modelled on the Pantheon in Rome, was designed by Nicodemus Tessin the younger and was consecrated in 1709 and by 1750 the copper-roofed church had been more or less completed.

The fire that ravaged the town in 1790, also left the church in ruins and all that remained were the blackened walls. It took 12 years to rebuild. After the reconstruction, the church had a somewhat different appearance. The new dome, designed by Professor Olof Tempelman, was of a simpler, purer form, and more in keeping with the style of the Pantheon. The portico at the north end of the building was not completed until 1862, and followed Tessin´s original plans.