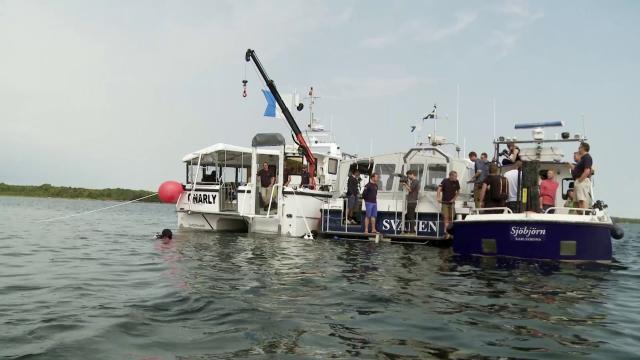 Want to see the place where the most spectacular find and shipwreck Gribshund was found? The discovery is the danish King Hans's flagship which sank to the depths with many of the King's valuables on board. The ship started burning just over 520 years ago outside Ronneby, which was then a Danish city. The King himself was not on board, but many died. The Vulture Dog was a ship with a new building technology that made it possible to travel around the world as Columbus did. The wreck has been known since the 1970s, but it was only in 2013 that it could be established that it was really the Gribshund.

Gribshunden - as if it were a living being.

Cannon flutes and the anchor game have been salvaged, but the most spectacular find made is the imaginative figure who sat in the bar on the ship - a grinning monster that devours a human. When it was determined that the shipwreck was the Gribshund and King His ship, archaeological finds were also made in Västra Vång in Ronneby. The findings showed that the village was a significant trading location already in the Iron Age.

The Gribshunden is probably constructed in Flander or in the Netherlands during a time of great exploration and can provide clues as to how ships sailed by Christofer Columbus, and Vasco da Gama were constructed. Jon Adams, professor of marine archaeology at the University of Southampton, thinks that the Gribshunden is one of the most essential wrecks in the world! It is also a vital puzzle piece in understanding the early development and development of the Nordic fleets.

The ship is about 35 meters long and twelve meters wide. Several items from the wreck are salvaged and preserved, for example, anchor games, parts of ring embroidery, arm brush arrows and more. The oldest equipped warship in the Nordic countries. Figureheads and figureheads were a prominent part of the ship's identity in ancient times. Vessels were often given animal and bird names or biblical and mythological names written in a specific form. The boat thus became almost like a living being, for example, the Gribshund.

The vulture dog can be seen as an exhibition at the Blekinge Museum, in a beautiful environment in the middle of Karlskrona city. In Ronneby, there is an exhibition about the Gribshunden and Vång in the cold water cure. Several historical events in one room. 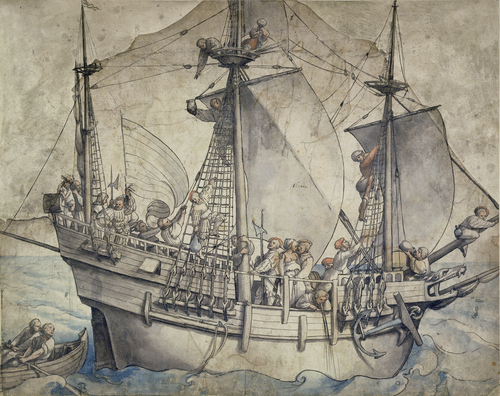 - while still in Ronneby