For thousands of years, human presence has created historical places to visit. It was here that the first people fermented fish in the ground just over 9000 years ago and it was here that the War Town Karlskrona was founded in 1680 as an attempt to protect the Swedish empire that at that time extended deep into Finland, Estonia, Latvia and in the northernmost parts of Germany. Take the chance to enjoy Blekinge's fantastic museum and experience some of southern Sweden's most exotic historical sites.
Anyone interested in history will not be disappointed in Blekinge. Here, Danes, Swedes and Snapphans have created history over the centuries whose names, sayings and natural gathering places are still used today. For example, Ryssberget in Sölvesborg, which has nothing to do with Russians at all, but is probably a rewrite of the Danish word riisbier - the rice mountain - and refers to the risky slopes with blueberry rice or unsafe hard-to-penetrate forests. Take time to experience Ryssberget on foot or by bike and enjoy the view of Listerlandet (follow the blue trail from the parking lot south of Ryssberg Lodge / north of Tivoli). At the look, the lookout place is so popular you have a fantastic view of Listerland and can see north (northeast to be exact) the site where people fermented fish in the ground 9000 years ago, while Georgians and Armenians poured wine in the Caucasus and several a thousand years before the Chinese started fermenting soybeans in China, the Koreans fermented kimchi and three thousand years before the Egyptians learned how to use yeast in bread baking. The authentic vibes are staggering.

It is easy to be fascinated by the military heritage of Karlskrona. Defence forces are still a significant part of the entire city's existence, where military service, cadets and officers are visible everywhere in the city centre. Don't miss the fantastic Marine Museum where you can learn about military history and feel the raft of the fleet underfoot. Enjoy the detail of the gallon figures and take part in the exhibitions surface tension, the waves of war and the history of diving. Besides, you can stroll among the navy's smaller boats in the ship- and Barskass hide or board the submarine HMS Neptun in the Ubåtshallen. When the Soviet submarine U137 landed in Gåsefjärden off Karlskrona on October 27, 1981, HMS Neptun landed in the middle of the Cold War when, according to the ship's commander, she reportedly prevented a Soviet tugboat from entering Swedish waters to pull off U137. Do not miss a guided tour of Karlskrona and take part in the fascinating architecture that created one of Sweden's fifteen world heritage sites. 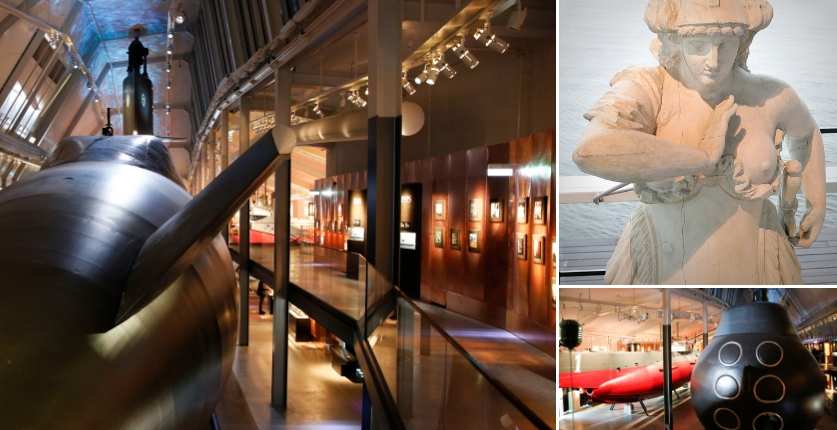 Turn off the E22 at the Tving Cross and follow Tvingvägen north towards Edestad. Here, artist Susanne Demåne has created an unforgettable visitor destination in Edestad's old school next door with the church, whose oldest parts date back to the 16th century. Here you can enjoy horse shows (on special occasions), a new visitor garden and at least as beautiful art. Don't miss the art exhibitions at school and the opportunity to meet one of Blekinge's most productive and outstanding artists. www.demone.se 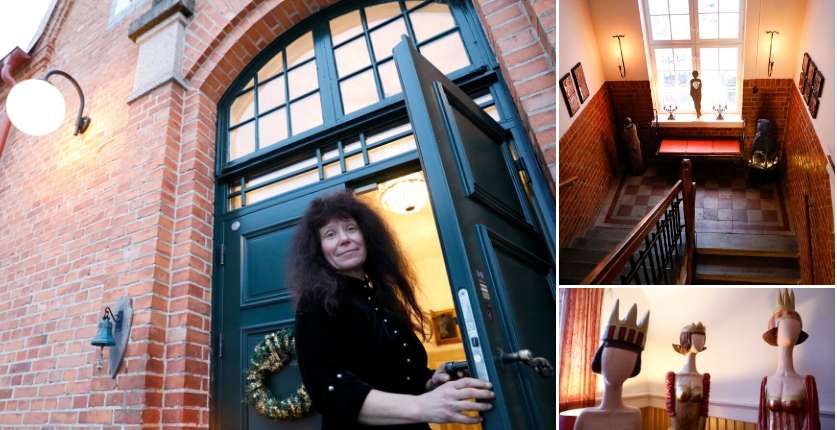 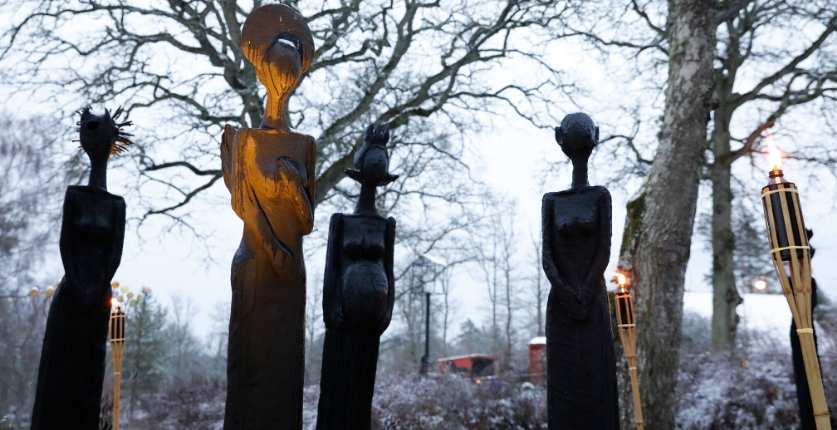 Visit beautiful Ronneby cultural centre in the old workshop premises that once belonged to the enchanting Kockums Enamelworks in central Ronneby. Here you can enjoy art exhibitions signed by Daniel Segerberg - Leviathan - (opens on November 16), which is based on the Clean debris Coast collected in Gu nature reserve during the Nordic Coast Rescue Day on May 4. Together, the participants gathered 1000 kg of debris in the sea band that now forms the basis for the art exhibition. On Saturday, November 14, at 2:30 pm, you can take part in the lecture. How we keep the biosphere clean (Blekinge Biosphere Area) by Mattias Holmquist from Blekinge Archipelago. Also on Saturday, December 7 between 10:00 - 15:00, you can take part in the movement Back in Positions workshop in the art hall where you will have the opportunity to reuse and create your own Christmas presents of sorted gadgets from home. Don't miss it!
Also, don't miss The Bird Project by Erik Berglin. Between the years 2006 and 2017, Erik Berglin has worked on a project that can almost be considered a combination of street art, ornithology and storytelling. In total, Erik has travelled to twelve different cities around the world where he posted photographs of birds on a scale of 1: 1 and collected stories about the species' significance in religion, popular culture, science and art. The exhibition presents the work in image, text and video. The show opens on November 16 and closes on January 12.

Also, as an active artist, you can rent three different workshops: the enamel workshop, the graphic workshop or the textile workshop on a daily or weekly basis and create your own projects in fully equipped workshop environments. www.ronneby.se

After the big city fire in 1763, when 23 of the town's houses and farms were devoured by the flames, most chose to build their homes in stone. The merchant and utility patron Olof Olsson, who gave his name to Olofström and operated Olofström's mill (now Volvo) decided to recreate the yard in wood. It had some of Karlshamn's best craftsmen erect the grand building with a high staircase in stone with a beautiful portal in rococo, a high broken roof and a large magazine on the back. Nowadays, Skottsbergska farm is one of the country's best-preserved merchant farms from the 18th century, at the end of which you can enjoy exciting theatre sets during the summer. Guided tours are booked through the Tourist Office or Karlshamn Museum www.karlshamnsmuseum.se 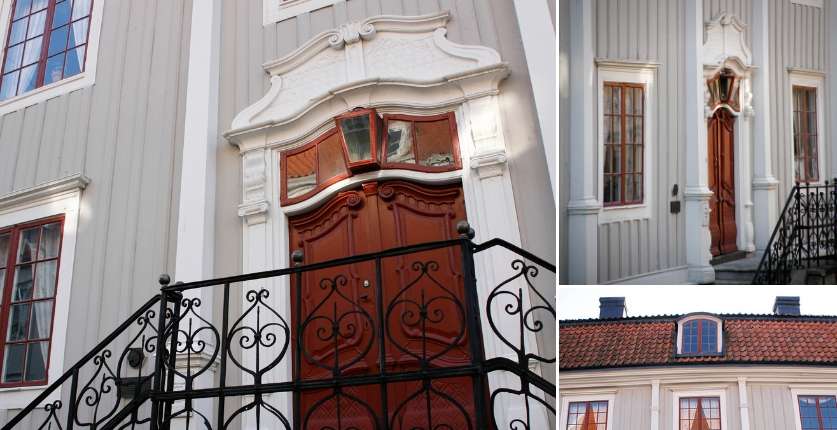 During the second half of the 19th century, there were no less than two different factories producing punch in Karlshamn; J N von Bergen & Sons and C G Berghs who during the decades before and after the last turn of the century (19th / 20th century) conducted extensive production of punch, liqueur and spirits in Karlshamn. Almost a hundred years later (1976), von Bergen's punch factory was reopened at Karlshamn's museum, where you can still follow how the production is going today. 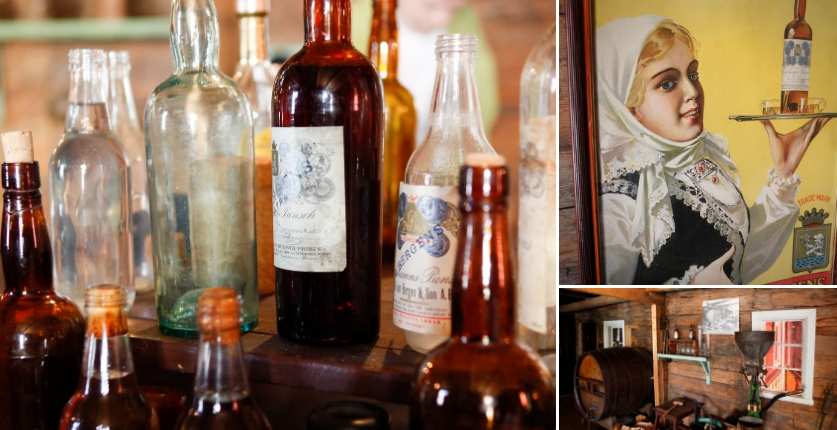 Lister's Härads Tingshus in central Sölvesborg is one of three properties in Blekinge (the other two are the A and B houses at the Väggaskolan in Karlshamn) designed by the acclaimed skilled architect Gunnar Asplund. During the year you can enjoy the fantastic architecture of the courthouse, and during the summer the old courthouse is open to visitors. During the rest of the year, impressions are booked through the Citizens' Office. The courthouse was built during the years 1920-1921 and is an early example of 1920s classicism with a simple walled building with concrete beam floor in the ground floor and above the courtroom. The segment-shaped entrance is reminiscent of the station building, and the other facades of the courthouse have a somewhat more intimate and informal character. Do not miss the Tingssalen interior, including the small round window in the Tingssalen that lets light into the hall so that it falls on the person or persons sitting on the testimony. Something called "The Light of Truth". The round shapes of the property are said to be a result of Gunnar Asplund's wife being pregnant during the construction of the house. Lister Härads Parliament House was used as a court until 2001 when the court business moved to Karlshamn. Nowadays, the Municipal Music School is part of the property. 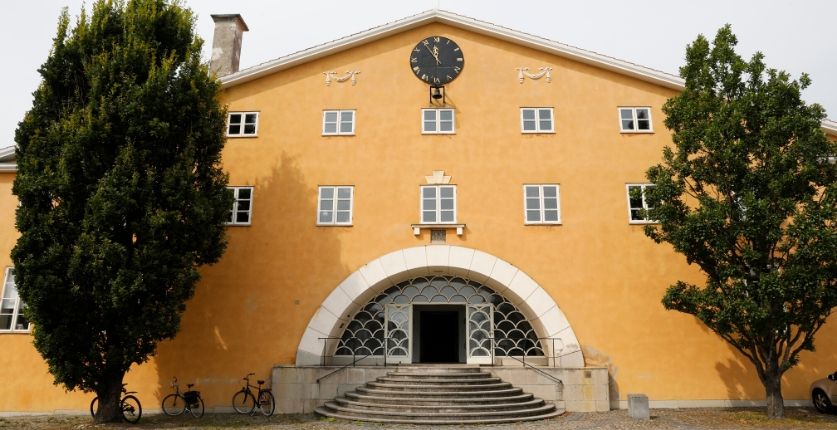 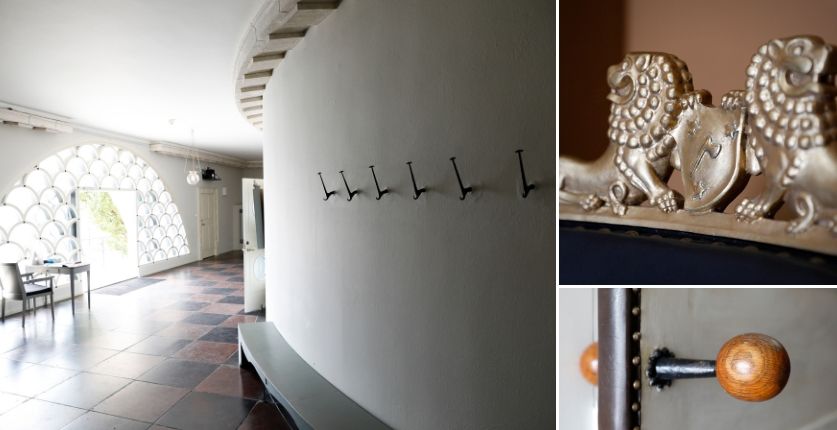 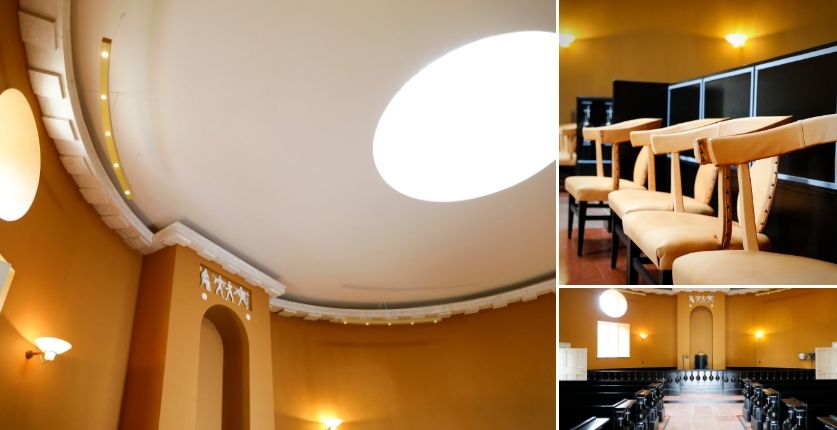