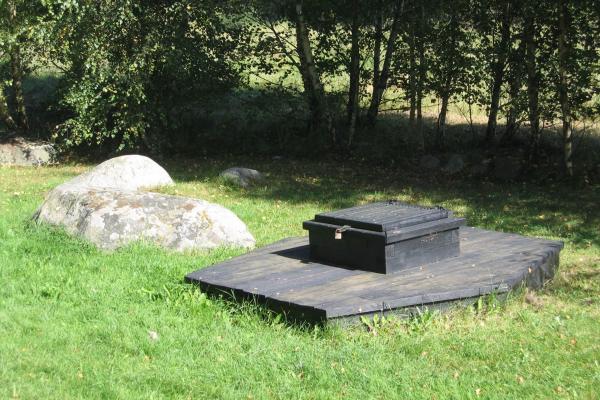 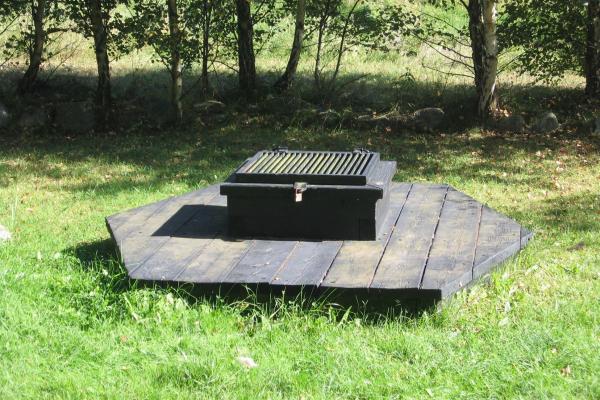 St. Enevolds source is located south of central Sölvesborg. Once people made ​​pilgrimages to Sölvesborg and offered to the town's own saint - St. Enevold. The source appears in the writings of the Middle Ages.

There is currently not left much, but once there was both a chapel and source sacred to St. Enevold. According to a legend which were written in the 1600s was St. Enevold a holy man who went to Jerusalem. He became chased from there and escaped to sea. Once there, he discovered that there was no boat - no escape, he sat down on a stone and asked God for help. Then he fell asleep and when he awoke he was lying at Sölvesborgs beach. He thanked God and founded the chapel. With him was the stone he sat on, which is now revealed impressions after the holy man's buttocks.