The Blekinge trail starts in the medieval town of Sölvesborg and takes you via paths and gravel roads through forests, over pastures and past lakes and streams along the 270 kilometers to the final destination in Bröms. Below you get inspiration for the trail's fifteen different subtrails.

Brief facts about the Blekinge trail

Total length: About 270 km divided into fifteen subtrails, from 8 km to 34 km long. You may very well need a couple of days to hike the longest trails, spend a night or two in a tent or windbreak along the way.

Service: Access to toilets and water taps on most subtrails. Parts of the trail run through communities where there are supermarkets: Sölvesborg, Näsum, Olofström, Ronneby and Kristianopel. 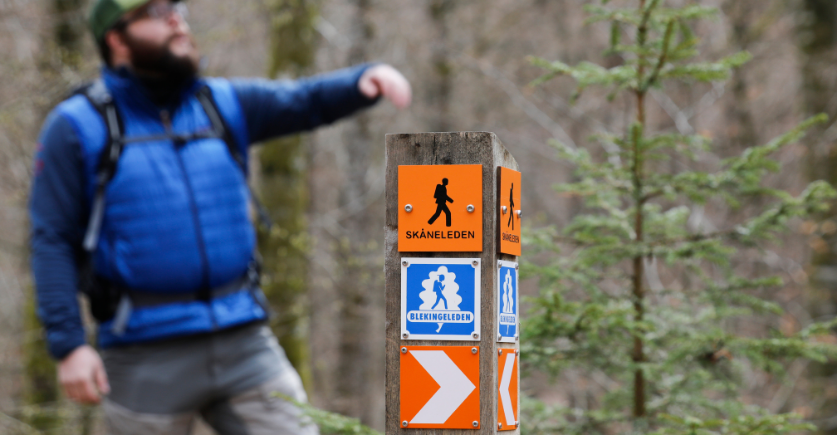 Accommodation: Hotel and B&B in Sölvesborg, windbreak or tent by the lake Grundsjön.

The trail: The Blekinge trail extends from the coastline in Sölvesborg deep into the beech forest on Ryssberget's ridges with fantastic views of the drained lake Vesan, east of the ridge. Walk along comfortable forest roads and enjoy the clear light of the deciduous forest with elements of beech, oak, and hornbeam. At the end of the subtrail, there is a water tap, a windbreak, and a toilet.

The trail: From the lake Grundsjön in the middle of Ryssberget, the Blekingeleden trail leads straight into Skåne. Walk along beautiful areas in the deciduous forest that is occasionally interrupted by dark elements of planted spruce. In Östafors, a beautiful stretch of the stream Holjeån awaits, with chances to spot otter, kingfisher, white-throated dipper, and grey wagtail. At the end of the subtrail, there is a water tap, a windbreak, and a toilet.

Accommodation: Tent or cottage at the camp site Halens camping. Windbreak at Myllevik, 2,9 km from Halens camping on the eastern side of the lake.

The trail: From the foot of Sibbarpsdalen in Östafors, the Blekinge trail runs parallel to the Skåneleden trail all the way to Olofström in the heart of Sweden's southernmost wilderness. There are plenty of windbreaks to choose from along the beach of lake Halen, however they are also used by the "kayak and canoe people" in the lake system. The subtrail’s services include accommodation, a water tap, a restaurant and toilets. 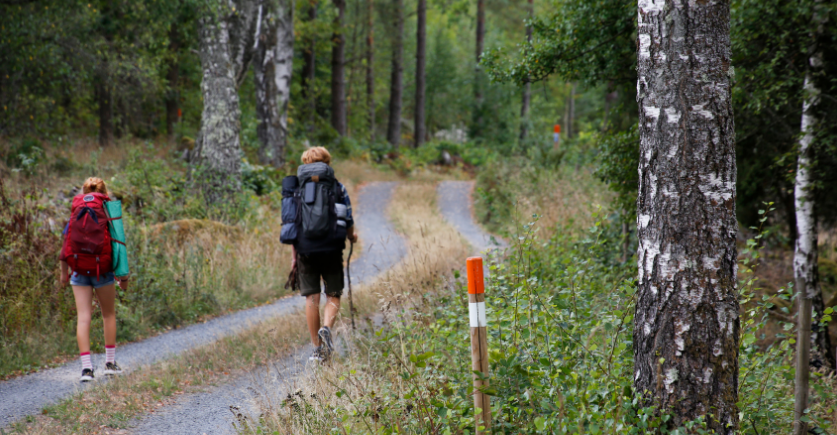 The trail: The Blekinge trail between Olofström and Kyrkhult stretches straight through Olofström municipality, from the scenic waters in the south to Slagesnässjön in the north and the Brunnspark (well park) in Kyrkhult next to Södersjön. Make sure you make time to take a walk in Kyrkhult to experience the magnificent wooden villas from the water-cure era. At the end of the subtrail yo will find water and a toilet.

Accommodation: Put up your tent at a suitable spot by Mörrumsån river, at the height of Åkeholm. Windbreak in the nature reserve Mörrumsåns Dalgång. Hallandsboda Bed & Breakfast or rented guest house (Eva Stanleysson in Knaggelid, available on Airbnb).

The trail: You leave the beautiful park surrounding the villas in Kyrkhult and walk east through the forest that has great visibility and plenty of mushrooms (depending on the season of course). Along the rapids of the Mörrum River, the trail continues south, through the lovely nature reserve Käringahejan, all the way down to the windbreak in Knaggelid. At the subtrail’s finish there is a windbreak and a toilet. If you need water, scoop it out of Mörrumsån, boil or purify before drinking it.

Accommodation: Tent or windbreak. STF Karlshamn Hotell is located in central Karlshamn and can be reached by bus from Asarum.

The trail: From the rapid water of the river Mörrumsån to the small lakes in the forest area. This part of Blekingeleden takes you straight into the heart of Karlshamn, to the lakes and quiet pastures where the coniferous forest shifts into light clearings with grazing sheep enjoying the shade of the beech forest's green crowns. The subtrail’s services include accommodation, water tap, restaurant, and toilets.

The trail: Along the winding lakes and streams of the forest area, the hike turns towards the sea. From Nötabråne's beautiful bays around Bruksgylet to Gamslebäcken's steep precipice and the wetlands between the two lakes – Kroksjöarna – Blekingeleden takes you straight through the garden of Sweden to the nature reserve in Persgärde. This is also a subtrail-stop where you will find a windbreak and a toilet.

The trail: Starting in Persgärde, you follow the valley south through Törneryd towards the sea far away on the horizon. From the lakes of the forest to the barren slopes by the sea. Järnavik is a charming, well-known port where you can hop on a boat to the archipelago gem Tjärö, as well as one of the hubs along ARK56. The subtrail’s services include windbreak, water tap, a restaurant, and toilets.

The trail: From Järnavik, the Blekinge trail winds along the coast back towards the forest area via open agricultural land around Väby, to the stream Vierydsån, Torneryd and straight into Ronneby Brunnspark. A historical walk in the coastal landscape between, sea, forest and the park with tracks from the water-cure era. Take a stroll in the beautiful Ronneby Brunnspark, dating back to the end of the 18th century. At the subtrail’s finish yo will find accommodation, a water tap, a restaurant, and toilets. 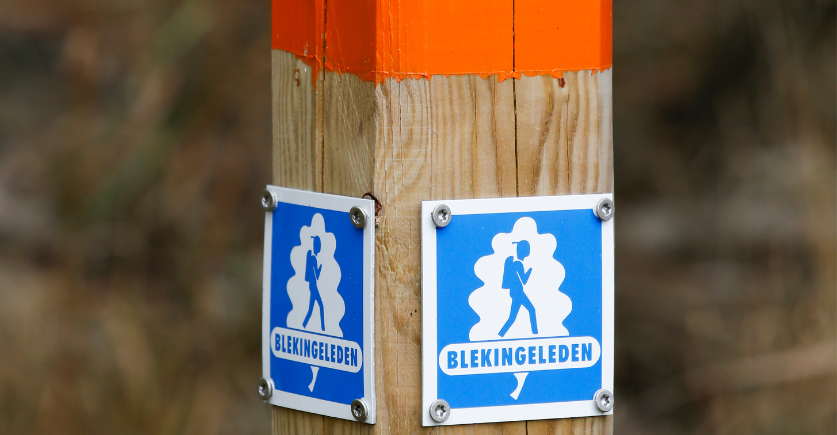 The trail: Leaving Ronneby Brunn and Brunnsparken, you walk north towards the open fields around Levalunda and Edestad before the arable land is replaced by forest. From Södregöl in the south, the watercourses take turns before you reach the beautiful Listersjön in the north. At the end of the subtrail, there is a windbreak and a toilet. Water from the lake Listersjön needs to be boiled or filtered to be potable.

The trail: From lake Listersjön's waterfront in the south via the valley of Nättrabyån stream to the forest area and the lakes in the north. You walk through a historical landscape, passing by beautiful old farms on the ridges and hills. Fancy a swim? Many of the lakes in this area are perfect for that. Otherwise, just sit for a bit to enjoy the spectacular scenery. At Alljungen there are windbreaks, a water tap, and toilets.

The trail: This part of the trail offers wonderful nature experiences. A varied forest with running water, impressive beech forests and small farms. Enjoy Lyckebyån's beautiful formations and the genuine, mixed forests in this remote and calm area. If you are lucky you may spot sea eagles across the plains. At Mörtsjöåsen there are windbreaks, water and toilets. 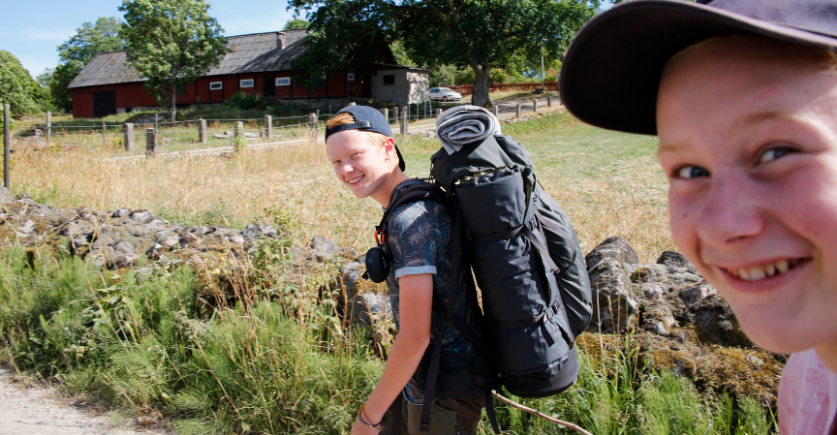 The trail: The lake-dense stretch from Mörtsjöåsen to Älmtasjön runs along a number of larger lakes and smaller watercourses in a hilly landscape with classic mixed forest. At Älmtasjön there is a windbreak and a toilet. Water from the lake that needs to be boiled or filtered to be potable.

Accommodation: Tent or windbreak. In Kristianopel there are guest houses, a camp site, and cottages.

The trail: A hike between Älmtasjön and Kristianopel takes you from the highest parts of the forest area to the coastline right by the sea. From the rocky difficult-to-cultivate forest area via the intermediate area, where mixed and deciduous forest thrives, to Kristianopel by Kalmarsund. From dark areas with conifers to bright summer evenings by the sea. In Kristianopel you will find accommodation, water, restaurant, a shop, and toilets.

The trail: A lovely stretch along the sea just a few kilometers into the forest. From Kristianopel's vivid port, to the dunes at Högasand, the peace stone (Fredsstenen) at Bröms and the ruins of the Danish border stronghold Brömsehus, strategically located at Brömsebäck which used to mark the northern border of Denmark. At the subtrails finish, there is a water tap and a toilet (Trafikverket = the Swedish Transport Administration's rest area). 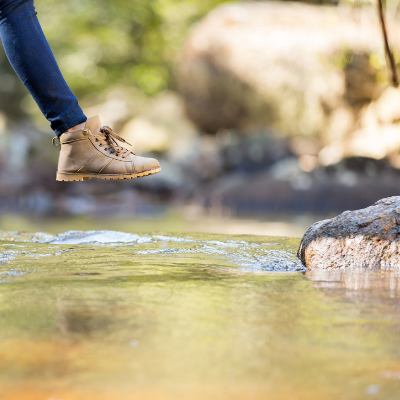