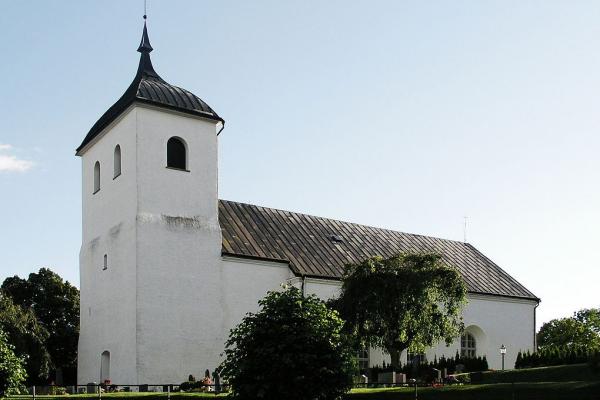 Ramdala Church - Since the early 1900s, the church scientists figured Ramdala to a group of churches called defense churches.

They have suggested that the Church in the Middle Ages has been called a mouth noble church, that had two towers, one in the east and a long-grated to the west. The same researchers have suggested that the chancel and nave have been another floor used in the military service. Even today there is a small barrel-vaulted room left on the church attic that sets the imagination in motion.