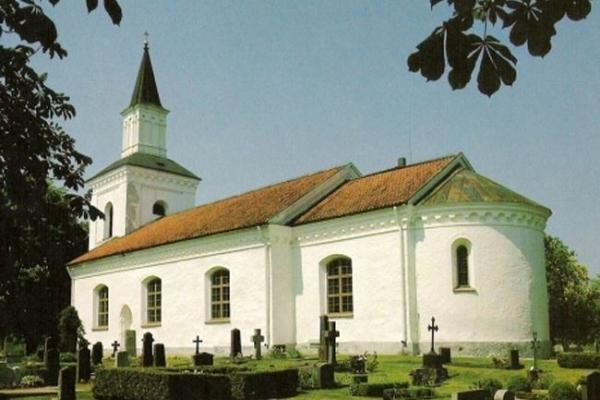 During prehistoric times was Förkärla area a central district and a wooden church was built during the early period of christening work in Blekinge, probably in the early 1200's.

It was replaced around 1300 by a stone church. Parts of the old church are included in the present church.

The tower was built in 1863-65 the same place as the old armory. 1937-38 they built a vestry. The church bells was casted in 1712 and 1732. The triumph crucifix was made in 1530. Communion vessels are made from the goldsmith Schwart in Karlskrona.

Within the area there are 314 ancient monuments registered on 70 different sites.