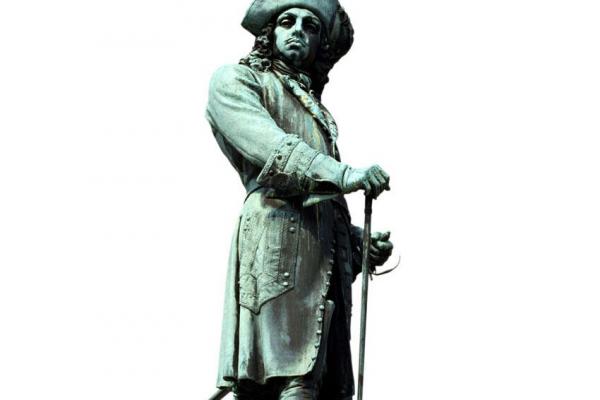 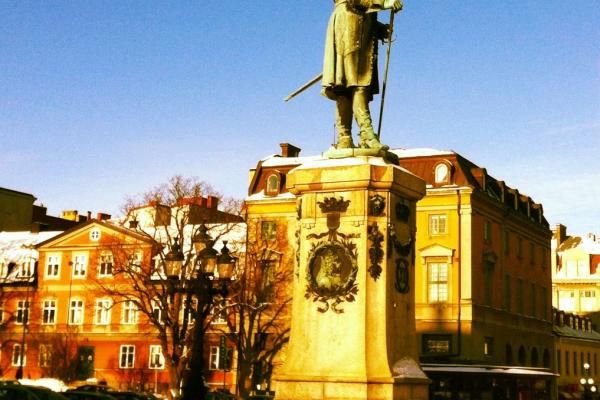 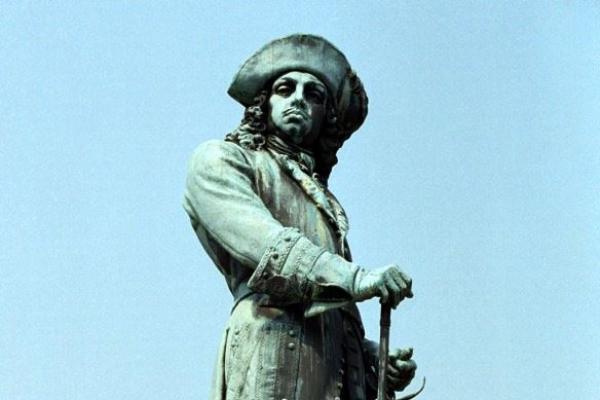 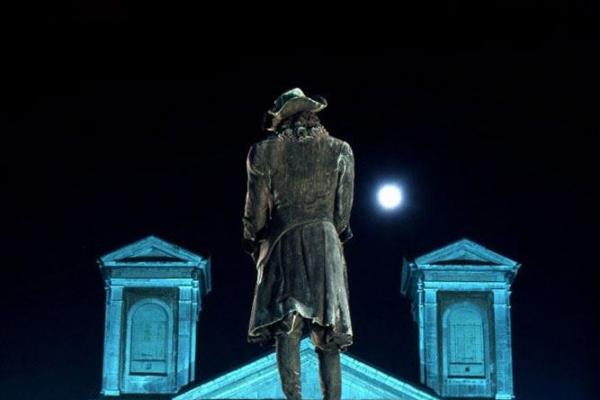 The statue of the towns founder Karl XI was the first official statue in Karlskrona and was dedicated by King Oscar II on the 4th of october 1897.

The sculptor John Börjeson, professor at Swedens Art academy, was at that time one of Swedens most famous sculpors and has done a lot of historical statues and monuments all over the country.
He was the first to introduce the realism in swedish sculpture and here we see a typical example of this - the king, Karl XI is presented without all royal features, and instead the kings character is pointed out.

In the pedestal under the statue a copperchest was buildt in, filled with books, newspapers, coins and calendars from 1897 - like a time capsule!

For those of you who has read Selma Lagerlöfs book "The wonderful adventures of Nils Holgersson", maybe you remember when Nils came to Karlskrona and met the King... He called the King "Long lips" and the King became very angry with Nils and chased him on the streets of Karlskrona.
In the last minute, Nils was saved by another of the Karlskronas famous statues, "the old man Rosenbom", but that is a total different story...