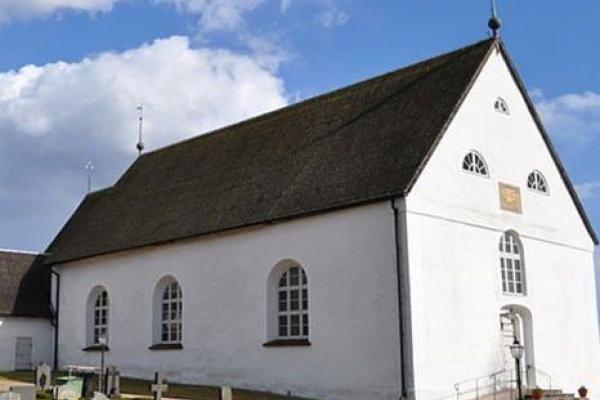 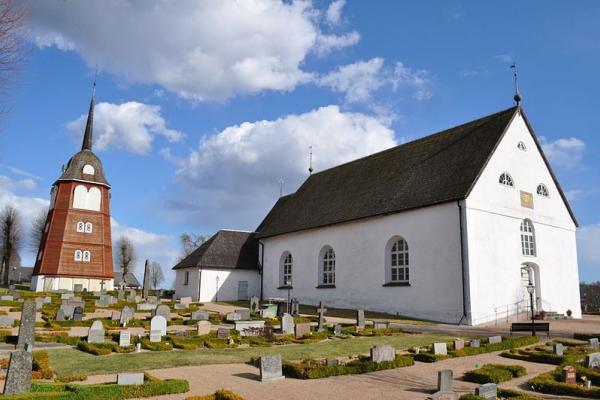 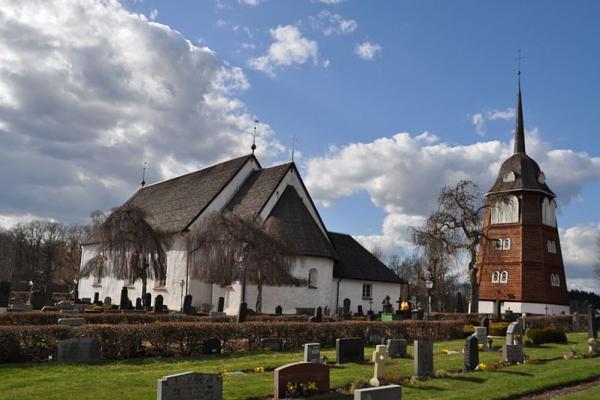 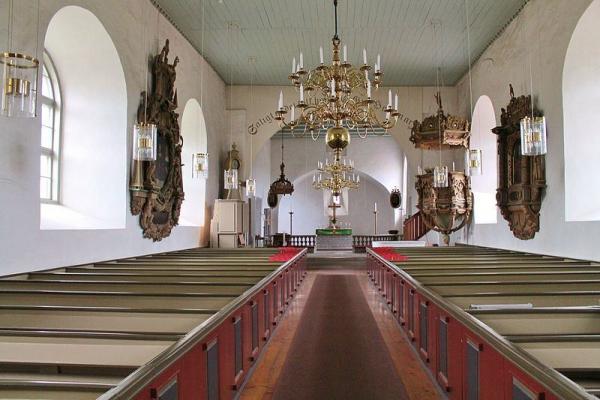 Fridlevstad's Church - Built around 1200 as a defence church in the Roman style.

The Swedes burned it down during the Nordic Seven-Year War, and it was abandoned for 100 years. A sacristy was added in 1714, and the nave was lengthened under the reign of King Gustav III. The church is in white stucco and has no tower. A three-bell bell tower from 1749 stands beside it. Inside, the canopied baptismal font is made of carved oak (created by Åke Truedsson in Jämshög, who probably also carved the pulpit and the sepulchral tablet in memoriam of Andreas Bager and his two wives). Bager was the first priest to serve after the church became Swedish. The altar contains a crucifix carved in 1964 by Nils Sandberg in Rödeby.