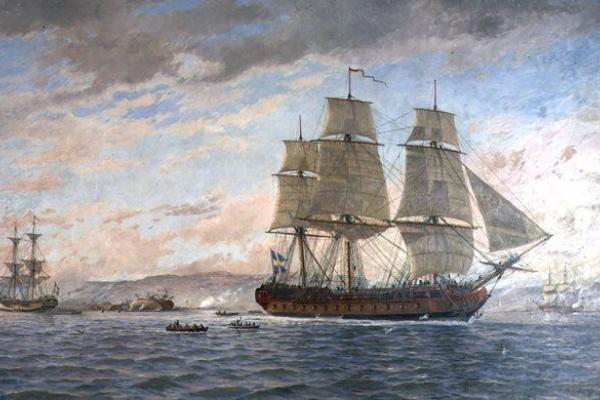 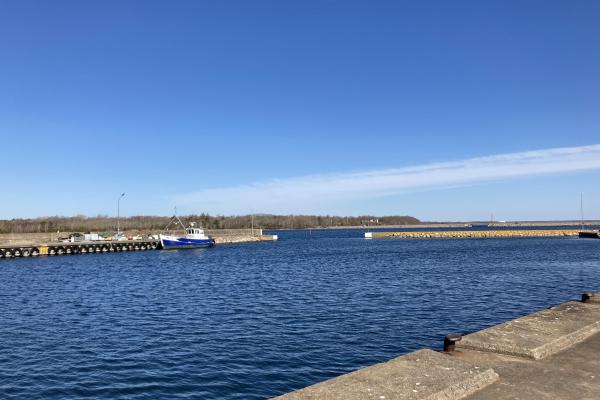 Wrecks in the World Heritage - Ekenabben

Sunken ships below the surface

Between Ekenabben’s pier and the island Tjurkö, on the other side of the strait, at a depth of 10-12 meters, are the wrecks of six deliberately sunk ships from the 17th and 18th centuries.

The wrecks have been identified after marine archaeologists in 2020-21 compared results from dives and sampling with historical documents. All the remains found are ancient monuments and protected by law under the Cultural Environment Act. With that in mind is this a great diving spot.

Visit the exhibition on Ekenabben’s pier, which tells the story of the wrecks now identified, which will enrich the diving park planned within the World Heritage’s Hidden Wreck project.

The History of Ekenabben Harbor on Sturkö
The Ekenabben area was for a long time quite deserted, with only a few houses and no actual roads. Just south of the current port area, there was a shipping jetty for the stone that was broken up a bit on the island (commonly called Fernström's jetty).
Until the mid-1940s, the largest boat model used for fishing in eastern Blekinge was the so-called "knubb". The knubbs were 7 - 10 meters approximately and with them you could go all the way down to Poland to fish, among other things, salmon, but it was probably not a comfortable trip. Above the engine in the stern was a small machine hood where you could squat and get some heat from the engine. The rest of the boat was the deck and cargo hold. No amenities.

After World War II, newer and larger fishing vessels from the west coast began to be ordered. The first trawlers on Sturkö came in the late 1940s and had Sanda as their home port. From the beginning there was only one steamboat pier, but during the last half of the 1930s the harbor had been built with boathouses and later a slipway. With the knubbs, they docked at Fisktorget in Karlskrona to sell their catch, but the much larger trawlers (12 - 25 meters and larger) landed their catch at Tallebryggan in Handelshamnen and later at Saltö Fiskehamn.

Sanda harbor soon became too small, and during the construction of the Tjurkö bridge, which did not become openable, it was decided to build a new larger harbor south of the bridge.
In the autumn of 1958, work began on building the bridge between Sturkö and Tjurkö, as well as the new trawler harbor next to the then small existing marina at Ekenabben. The bridge was built on an older dam that served as a barrier to prevent enemy naval forces from entering Karlskrona. They shipped over an excavator and three trucks to Tjurkö and they also had trucks and an excavator on the Sturkö side that drove stone from the old abandoned quarries down to the bridge building on each side. Much of the work on the bridge was done by hand. The stone piers are connected by a twenty meter long bridge span made of steel, made at Örlogsvarvet in Karlskrona. On the Sturkö side, stone was transported to the new harbor in Ekenabben at the same time.
On 16 June 1959, less than a year after the start of construction, the Tjurkö Bridge and the new trawl faucet at Ekenabben were inaugurated. King Gustav VI Adolf and Queen Lovisa visited the ceremony, and a memorial stone was erected, the so-called Kungastenen on the Sturkö side north of the bridge.

The new harbor will be spacious with a large quay and plenty of space to be able to pull out the trawl for repairs and boathouses for each trawler for storing gear, etc., as well as a large slip. But soon the harbor turns out to be too small because they are switching to newer and even larger boats, and they soon wanted another quay along the pier. However, it would take another little over ten years, until the early 1970s, before construction began on the western quay.