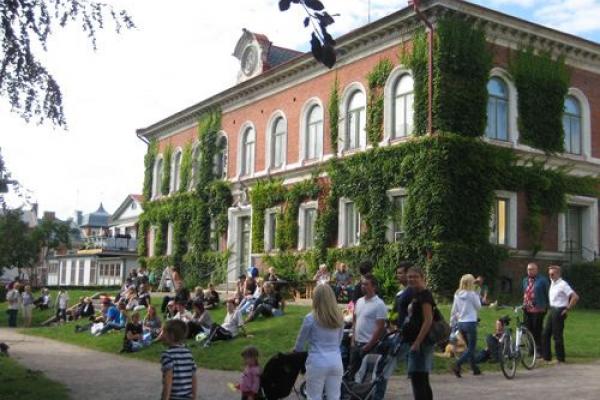 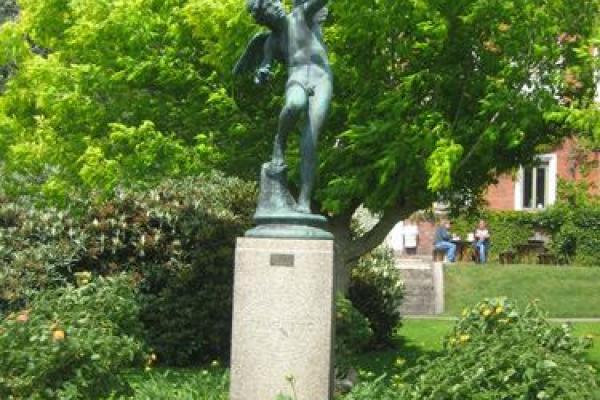 Rådhusparken is located in the middle of the city between the city center and the train station. At about 600 square meters are there flower beds, trees, lawns, sculptures and a playground for children.

By the middle of the century, the leading man of Ronneby, Mayor Gadd, had his large farm in Rådhusparken and his dwelling was in 1882, the new city's first town hall. It was the middle of the park but burned down after a few years, then they built the new town hall which still exist.

Rådhusparken which is situated in the middle of town is a small oasis of approx 600 sqm. The park was established in the 1920s. The park has a rich flora assortment of rhododendrons, azaleas, roses, magnolias, temple trees and summer flower plantings.

The bronze statue "Tjusningen" is a winged, cupid-like male figure by the artist Per Hasselberg about 1880 and "Kockumska Monument" is done by Ivar Johansson.

The park also features a playground for the little ones.