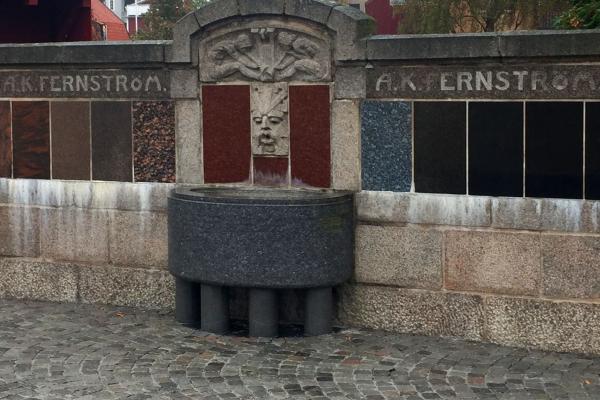 In memory of A.K. Fernström and the heyday of the stone industry in Karlshamn.

This 100 year old monument consists of eleven different types of granites and weighs 28 tons. It is in memory of A.K. Fernström and the glory days of the stone industry in Karlshamn. The stone industry era in the city of Karlshamn has always been associated with one person, namely Alfred Kofoed Fernström, who came to Karlshamn in the 1800´s from Bornholm and realized early on the Blekinge granite potential. He started A.K. Fernströms Stone Industries in Matvik (east of Karlshamn) and later the company also quarried stone in Sternö (west of Karlshamn).
Several famous buildings around the world are built with Fernströms granite, for example the Empire State Building and the pillars along the City Hall in Stockholm.