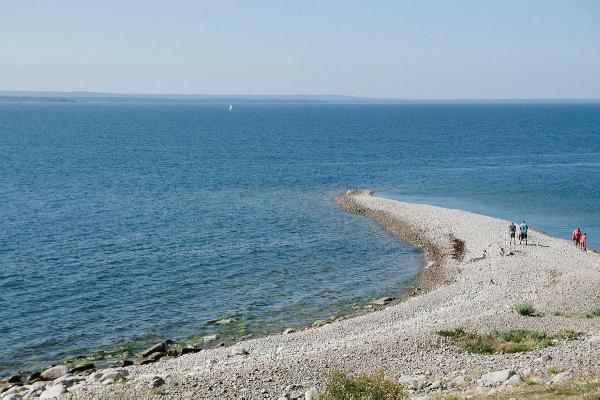 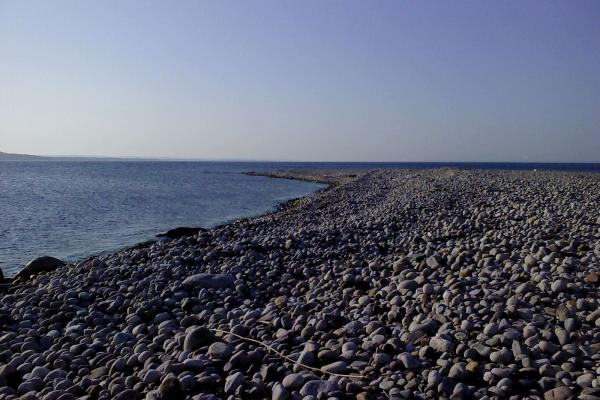 On northern side of Hanö lies the beach trail Bönsäcken, made of millions of water-cut stones.

According to a famous tale, a sociable giant woman lived at Hanö. One day she decided to build a stone bridge across the strait to the mainland, Listerlandet. She collected as many stones as she could in her apron, took a big step but stumbled and all the stones fell out and ended up at the shore, so Bönsäcken was formed.
Bönsäcken is located on the north side of the island and forms, with the millions of stones it consists of, a beach track that extends into the sea. The water-cut stones are in constant motion and Bönsäcken changes the shape according to the sea's storms and the wind direction.