With a 30 mile long coastline, it is difficult to understand why not everyone chooses to spend the summer in Blekinge. Here you will find everything from enchanting lakes in the forest to magical beaches by the sea. Jump aboard the archipelago boats and visit some of the archipelago's inspiring islands or rent a cabin in the woods and enjoy the beauty of the inland. Blekinge - wonderful water. 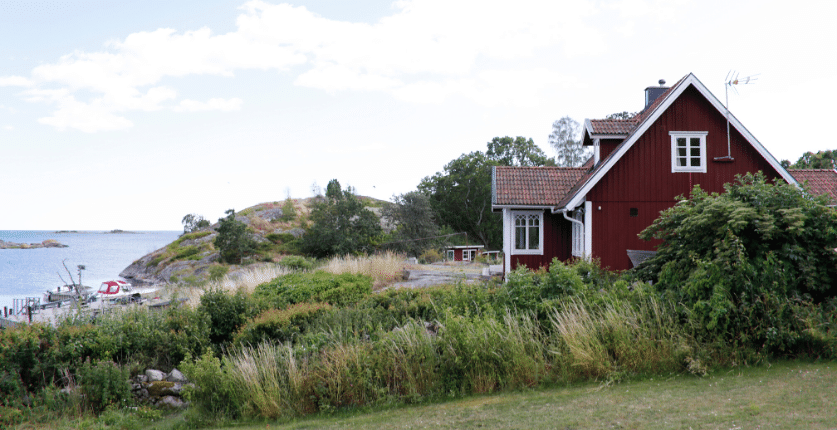 Not many things are as associated with summer as beach, sea and bathing. Whether you like the sea or prefer a lake in the forest, Blekinge has everything you could want. And not a little either. The sandy beaches in Sölvesborg are well and honestly some of the best in the country and together with lovely rock baths in Karlshamn, Ronneby and Karlskrona and Olofström's inland water, there are bathtubs for all tastes. The year-round, it turns out, when the Kallbadhuset in Karlshamn and the winter bath (with jetty and sauna) at Nytorpet in Karlshamn, Salsjön in Bräkne-Hoby and Alljungen in Karlskrona are managed by fantastic associations that allow the public to enjoy the proximity of the water even in winter. Feel free to get involved.

An easy way to enjoy the proximity of the sea is to take M / F Annaskär around Karlskrona centre and jump off where you feel it. The hop on hop offline starts at Fiskorget, but you can start and end the tour exactly wherever you want at any of the line's various destinations. Why not for a swim

at Dragsö, idyllic enjoyment at Brändaholm, fish lunch at Saltö, submarine history at the Marine Museum or a walk in the Vämöparken? You buy a ticket in the information booth at Fiskorget (if the journey begins there) or onboard the boats. M / F Annaskär is a fully open boat with no toilet and serving. M / F Gåsefjärden has both bathroom, shelter and a simple meal. 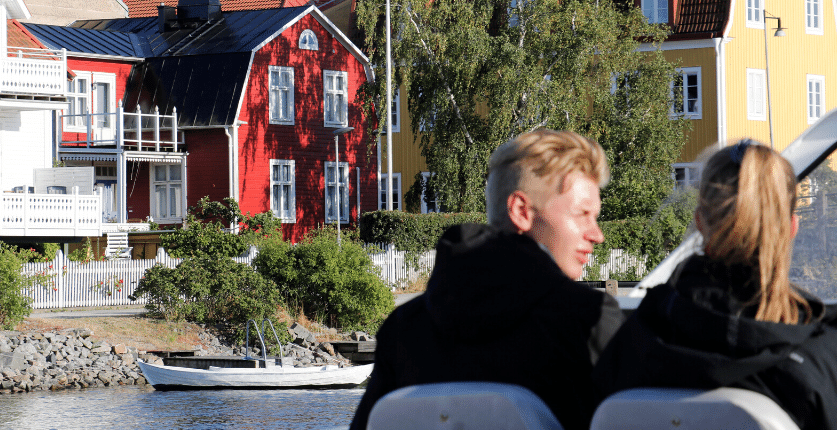 Take the car out into the archipelago

The bleaching archipelago can be easily discovered with your own car. Take the Möcklösund Bridge to the Senor from the mainland and continue out to Sturkö and Tjurkö and enjoy the green islands of the archipelago. Don't miss the stone carving round at Tjurkö, the body cakes at Sturkö and the art and craft collective archipelago in the old manor house at Stenhuggeriet at Tjurkö. Of course, you can swim wherever you park your car. But watch out for slippery rocks. 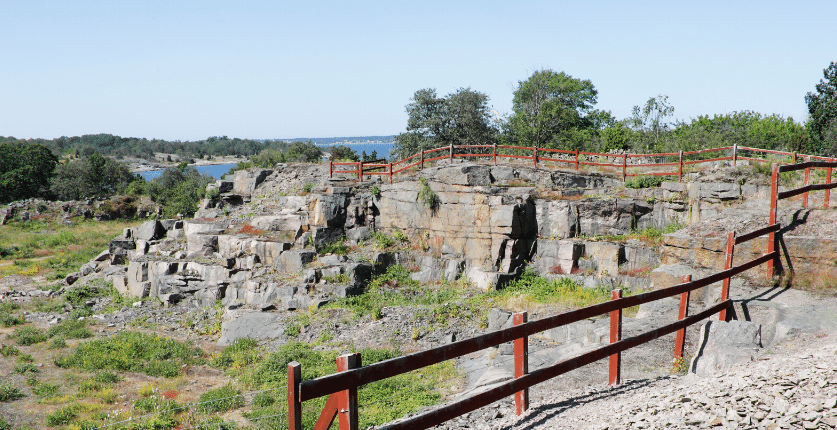 Note that the Baltic Sea is called the lake in Blekinge, at least in the western parts. Jump aboard the boat in Matvik and follow along to Tärnö, the largest island in the west with its own restaurant and an extensive summer building. At Tärnö you can change boats and continue farther east towards Tjärö or go inland to Karlshamn. Christer Drangel controls the ship that moves us behind protective islands and cuts right out to Tärnö. Unlike the Karlshamns boat, it is calmer in the shallow waters closer to the mainland. 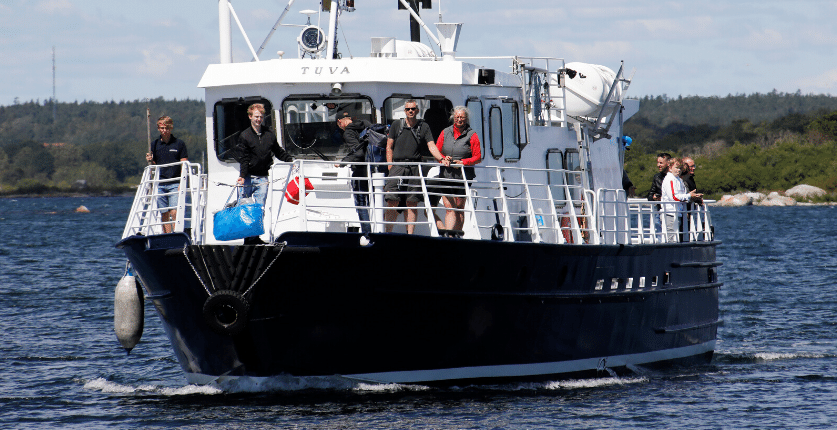 - This is the ninth year that I run the archipelago traffic in the Hällaryd archipelago. I'm really retired, but I can't help but stay in this environment, which I would say is among the most beautiful along the entire coastline. Blekinge is undeniably beautiful, says Christer. 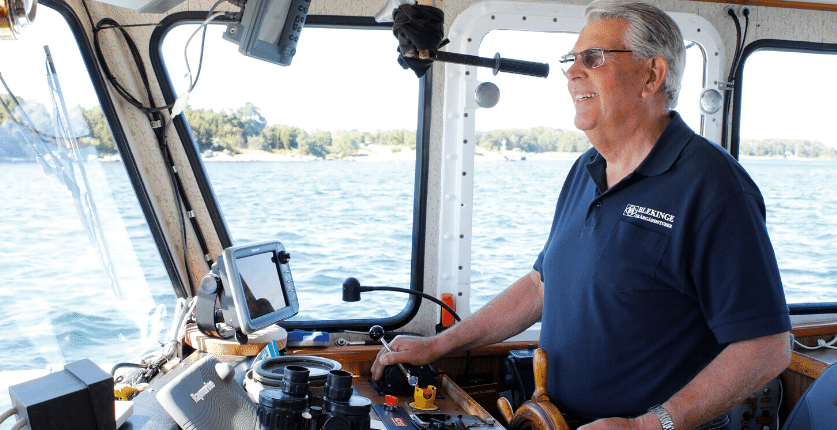 Once on Tärnö, the boats go often enough so that you can catch a pleasant walk around the island. You can download the Ark56 app (linked coastal routes) to your phone or follow the markings on the island. There is one wading trail on the western edge and another on the eastern and southern sides. Don't miss a walk up the lighthouse where you may encounter deer. Although we are quite far out in the archipelago, there are deer on the island. Finish off with a meal at Tärnökrogen.

Even though the archipelago is teeming with life, there is relatively poor housing. Pensionat Gullkråkan on Joggesö is an exception, a favourite event that is celebrated by both paddlers and boat people. Don't forget, you have to pre-book. Otherwise, the guest house is not open. The small package includes lodging, sauna, dinner and breakfast, and you dine on the terrace overlooking the strait towards the uninhabited island of Brorsö. Don't miss Nilla's fantastic cupboards driftwood and blackwood and the paintings with classic archipelago motifs. www.gullkrakan.se

At sea with only one paddle

Kayaking is as close to nature as you can get. Just a few centimetres above the waterline one glides forward like a bird swimming in the water's surface where shallow passages, just too shallow to pass by boat provide incredible nature experiences. Rent a kayak in Matvik, Järnavik or Karlskrona and discover the archipelago's fantastic water from the surface.

The best experience is if you camp in the archipelago and fall asleep and wake up near the sea. Avoid freeze-dried dishes and instead, pack raw ingredients for luxury dinners and enjoy the magic of the sea and the flavours. The advantage of kayaking is that you can bring both wine and beer out into the wild. By kayaking you do not have to carry the heavy gasket that flows by itself in the spacious hull of the kayak. Don't forget that kayaking in a lake is just as excellent as in the archipelago's much windier waters. 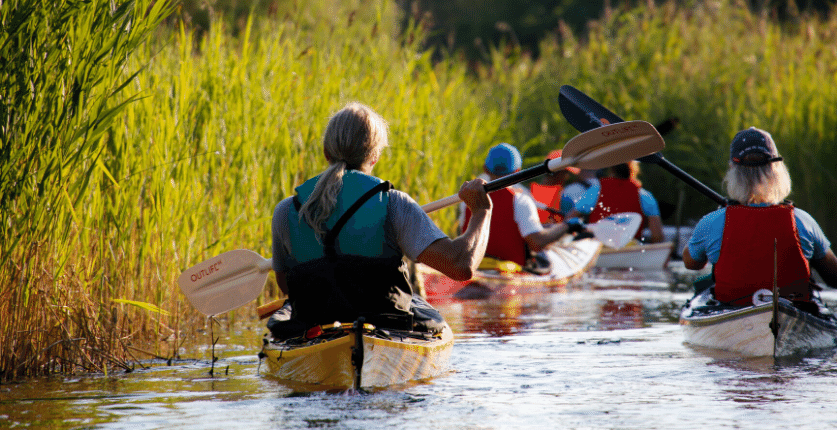 Floating on a SUP is like sliding forward with big shoes on your feet. It can be difficult for the unaccustomed to keep the balance, especially when the sea is not blank and to make it easier you can sit on your knees (or on the back) and paddle with a shorter paddle. Nowadays there are both yoga classes and balance exercises on the SUP board, who has not seen Swedish-born Yogagirl, Rachel Bråthen, who soups with the dog in the turquoise blue water that surrounds Aruba? As soon as you find the balance, the super-board is a great way to enjoy quiet sea bays or lake water. Don't forget to pack your belongings in a waterproof bag (there are nice drybags in the sporting goods store) that will prevent you from having your camera wet, wallet and keys. On cold days, it is excellent to soup in the wetsuit. You can rent SUP at many campsites and by Verkö Kayak, Kayakyd and Paddle Company.

Snorkelling - with mask and snorkel under the surface

Snorkelling is a great way to discover the magic of the water beneath the surface. Discover Blekinge's snorkelling trails, where the first, actually the first in Sweden, was founded in Kollevik in Karlshamn by marine ecologist Jenny Hertzman. In Karlshamn there is a simple trail on shallow water and a more difficult (blue-marked trail) on a little deeper water. Sometimes it can be challenging to see in the murky seawater, especially if it is windy and you sometimes need to brush away sea turtles and algae that grow on the information signs below the surface. There are brushes at each sign so you can easily brush off the sea tulips that obscure the view.

On Dragsö outside Karlskrona, there is a brand new snorkelling area at the swimming area where you can play both an underwater game and go for a hint under the surface. A bit shrunken - absolutely - but of course you can snorkel and discover the shallow water anywhere in Blekinge, in both the sea and the lakes. 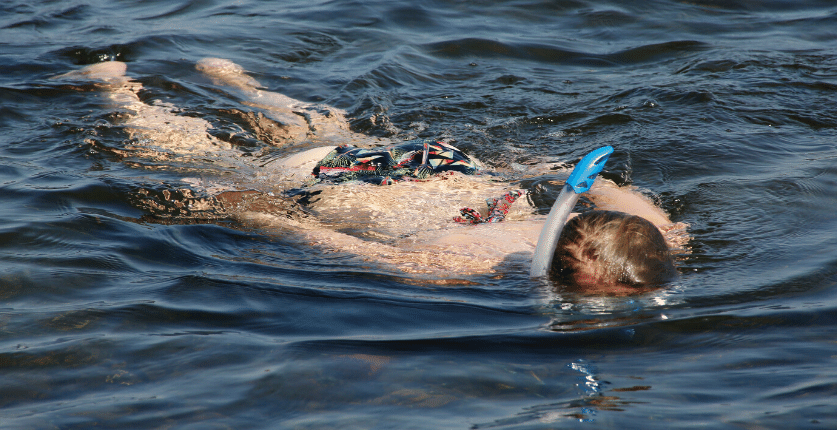