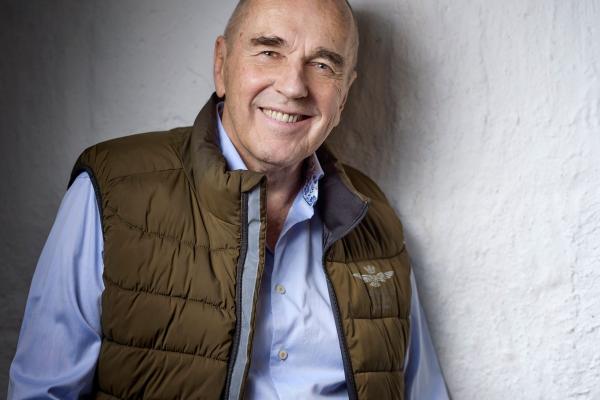 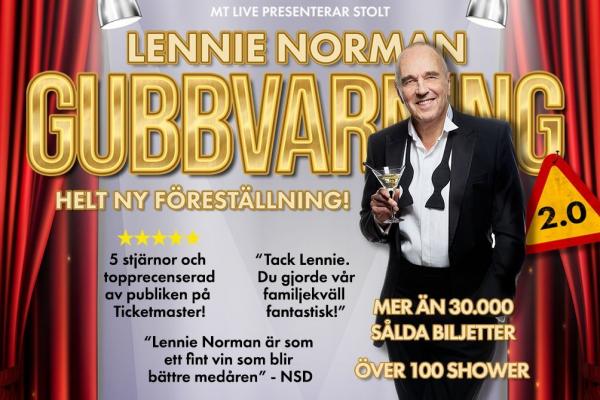 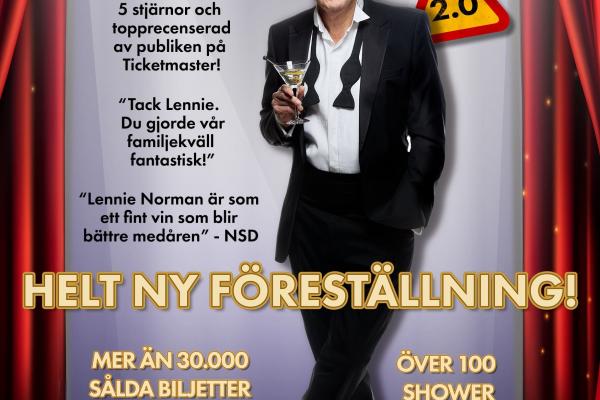 After over 100 performances with Gubbvarning live and success all over the country, he is now back! Lennie Norman is now up to date with a completely new humorous performance where he continues to look at the time we live in and takes the tempo of the present.

The show builds on the books and previous comedy show Gubbvarning live, books sold in over 70,000 copies and a show seen by over 30,000 people! The audience can expect a personal, sharp and crazy fun performance with one of our most famous and acclaimed stand up comedians. Or as UNT described it - the show is a middle finger to age racism and a laugh party that gives courage! Angry, bitter but also with wonderful self-distance, Lennie Norman will invite the audience into an old man's thoughts and thoughts about the time we live in. The audience will have a real round of humor, we can simply promise a Stand Up show of all highest class! LENNIE NORMAN, musician and legendary stand-up comedian, is now finally getting ready to meet the audience again in the completely newly written performance Gubbvarning 2.0! Gubbvarning live was praised both in the press and by the audience.

Tickets are only sold online via Tickster.se, the link can be found down below.
Ticket price 425 SEK incl. 30 SEK service fee.