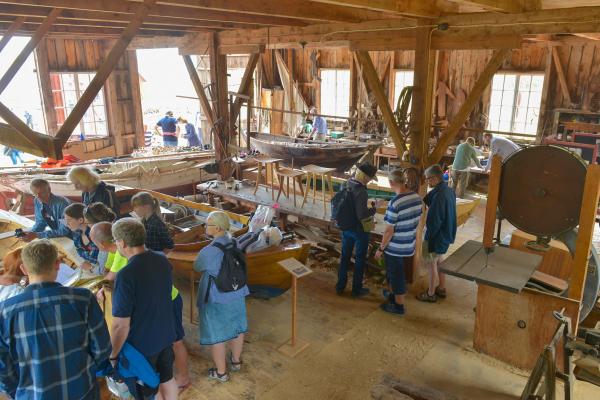 During all Saturdays in July and August at 10:00 - 14:00 a showing of the building monument / boatyard is offered.
Opportunity for rowing with a traditional "hunting canoe" is also offered.

On the island of Östra Hästholmen in the Karlskrona eastern archipelago, the three brothers Hugo, Karl and Göte Mårtensson built boats between 1934 and 1985. They built more than 1,000 wooden boats. The smallest were 13-foot hunting canoes and the largest so-called wreck cows with a length of over 30 feet

The brothers Mårtenssons' boat building was declared a listed building in 1997.

Every Saturday in July and August at 10:00 - 14:00 the yard is open to the public. Knowledgeable guides are available on site to tell you about the yard's history.