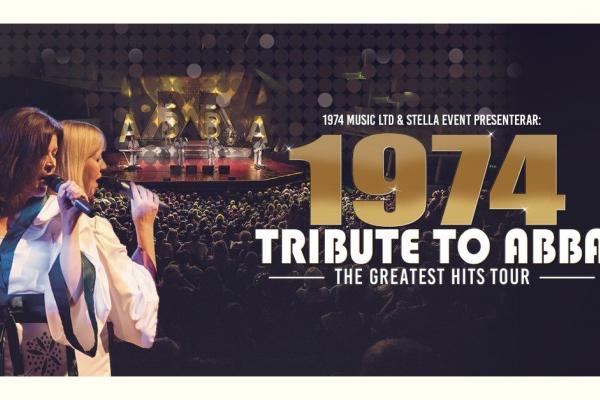 For over two decades, the British members of the 1974 Tribute to ABBA have toured around the world and played ABBA's unforgettable hits.

Now they are up to date with their biggest Sweden tour to date. As one of the most respected and highly touring ABBA tribute bands in the world, they have played for everything from sold out houses in Chile to 80,000 in the audience at Twickenham Stadium.

The band, which consists of Rob, Aileen, TJ and Jules, has been praised several times by members from the original ABBA. Among other things, Agnetha Fältskog came backstage once to thank and point out how incredibly good their voices were. The overall experience in the band is impressive in itself and ranges from Sir Tom Jones to Blur, Stereophonics to Lisa Stansfield, Cat Stevens to Shania Twain, Rod Stewart and more. During 13 evenings in the autumn of 2022, they will mix musical gems from ABBA's rich catalog with nostalgia and euphoria.

Award:
495; SEK
Tickets can only be purchased online via Kalmarsalen, see link below.

4 wheelchair spaces incl. 1 free companion in the middle of row 9 on the front parquet.