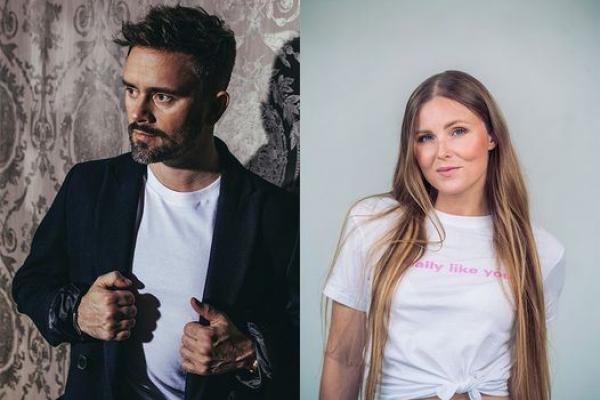 Enjoy a summer buffet and an evening with musical entertainment on July 17. The buffet i served from 18:00 and after 20:00 the musicians make their entrance on stage.

The food is served on the outdoor terrace before the entertainment begins.

Erik Segerstedt began his music career when he came second in Idol in 2006. Since then, he has had several big hits both in his own name and with the boy band EMD.
Singer and songwriter Cecilia Kallin's career took off with the pop group Timoteij in the music contest "Melodifestivalen" 2010, and now she is working on her own music project with 90s-inspired pop.

For more information and tickets see links below.