Hits Of The 60`s
Svenne Hedlund with Hep Stars, Clabbe af Geijerstam, Lennart Grahn & Janne Önnerud do a common thing in a unique collaboration! The front figures from Sweden's most popular 60s bands!

Svenne Hedlund, Clabbe af Geijerstam, Lennart Grahn & Janne Önnerud do common thing, a unique collaboration where they cherish the old hit songs from the time when they were in Sweden's most popular pop band in the 60's!

The Hep Stars with Svenne Hedlund
The songs that were on the charts are few that have been forgotten, Cadillac, Farmer John, Bald Headed Woman, Sunny Girl, Wedding and more.
Hep Stars is the only band to hold 1st, 2nd & 4th place on "Ten in Top" at the same time when Farmer John was one, Cadillac second and A Tribute To Buddy Holly four. There was a band from Liverpool called The Beatles who managed to settle in 3rd place with "Ticket To Ride".
Lennart Grahn
The frontman and singer from The Shanes
"Cara Mia Why", "Can I Trust You", "Chris Craft no 9", "Who can accompany you home?" "Hi-Lili Hi-Lo" were big hit's with Lennart Grahn & The Shanes. Lennart had great success in the early 2000s with the "Idols", which also included Svenne Hedlund, Lalla Hansson & Tommy Blom.
Claes "Clabbe" af Geijerstam
Ola & The Janglers guitarist and composer, DJ, presenter, producer etc.
Claes was the musical engine of Ola & The Janglers, he wrote "Alex is the man", "Julia", "Love Was On Your Mind", etc.
Ola & The Janglers was the first Swedish band to perform on The American Billboard Hot 100 with "Let´s Dance".
Clabbe has also had great success with his radio program "Straight across the disc" but also as a program leader in TV's "Oppopoppa", "Little Grand in the ear" and others.
Janne Önnerud
Janne started her career as a drummer and singer in the pop group The Hounds. Who doesn't remember "The Lion Sleeps Tonight", "Sealed with a kiss" and "Exodus"?
After The Hounds disbanded in 1968, Janne had great solo successes with, among other things.
A "Love House", "Tommy", "Hang With On Party" and others
Janne toured extensively during the 70 - 80 & 90's with her band Janne Önnerud & Co. For three seasons in the 1980s, Janne Önnerud was the program manager for the Swedish summit. 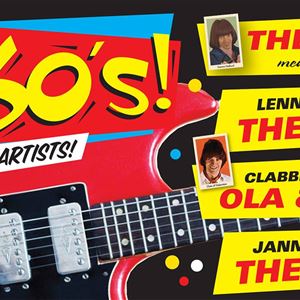 Show all nearby accommodations 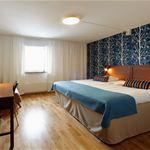 Distance: 360 meters
Welcome to Hotel Conrad, a 3-star, popular little family hotel in the middle of Karlskrona. Hotel Conrad, together with Hotel Aston, is owned and operated by the family Wenström. Hotel Conrad has 58 rooms in the three buildings called Yellow-, Red- and Culture house All overnights includes a generous continental breakfast buffé. During the day you can help yourself to coffee and tea whenever you like. On weekdays (not during summer) we also offer waffles with jam. All the rooms and the lobby have wireless internet connection free of charge for all our guests.
Book 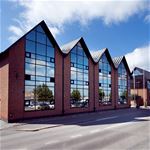 Distance: 665 meters
The Clarion Collection Hotel Carlscrona is a stunning hotel situated right next to the sea and only 5 minutes from the train station. You certainly won't go hungry at the hotel with both complimentary Afternoon Sweets and an Evening Meal served every day.
Book 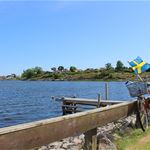 View on the map

Nordic Travel, Blekinge official organizer, is responsible for the booking.