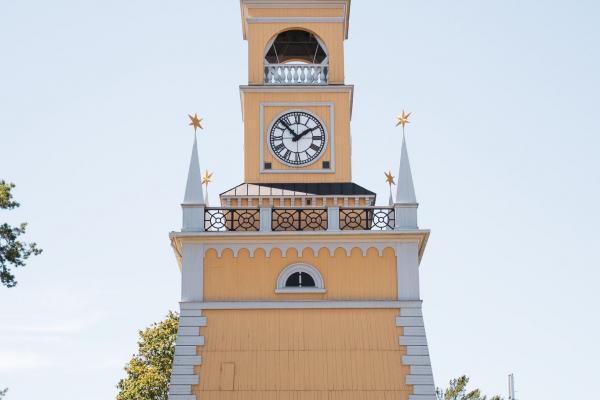 The Admiralty Park was laid out in 1885-87 by the shipyard's gardenmaster C K Åsbrink. The park was built up around its trees and there are more than twenty different kinds of trees represented.

The norhtern part of the park was originally a market place, where two diverging streets met. The middle part, where the Admirality Bell Tower now stands, is the site of the Wachtmeister Bastion. The bastion, which was torn down in the 1780's, was a mighty fortress which was meant to protect the naval port and shipyards