​​Discover Olofström that is filled with author tradition, exciting museums and heritage-listed buildings. Get the outlet for your cultural dreams and knowledge thirst in the most thriving surroundings. Take the opportunity to hike in the footsteps of some of Sweden's most famous authors. See where they lived and seemed. Maybe it can inspire you to create your own works.

During the year, several events take place that gives access to all small secret sites around Olofström. Nässelfrossa is an event that organizes over 100 cultural experiences over eight days and causes the entire Olofström to seize on activities. Lectures, music, painting, building art, literature, genealogy, excursions, hikes, history and stories. Cultural Heritage Day and Literature Festival Storytelling is another exciting day you have to experience!

From 1890 onwards a carbon black factory, starch factory, liquor factory, magic factory and one dairy grew. The hydropower from Mörrumsån was utilized through a hydroelectric power that still produces electricity today. The small industries disappeared and left are the houses and the remains that tell an exciting story.

Today, Ebbamåla Mill is a vibrant cultural environment thanks to a fire spirit that has kept the mill completely intact and now arranges exciting guided tours, iron nights and outdoor cooking throughout the year. Overnight in the hostel that takes you straight into a gently renovated worker's home with a "rice pump and wood stove. In 2016, Ebbamåla Bruk was awarded the cultural award of the year by Region Blekinge. In the summer of 2019, Ebbamåla Mill was taken over by new owners who continue the mill in the same spirit but with new energy and energy. 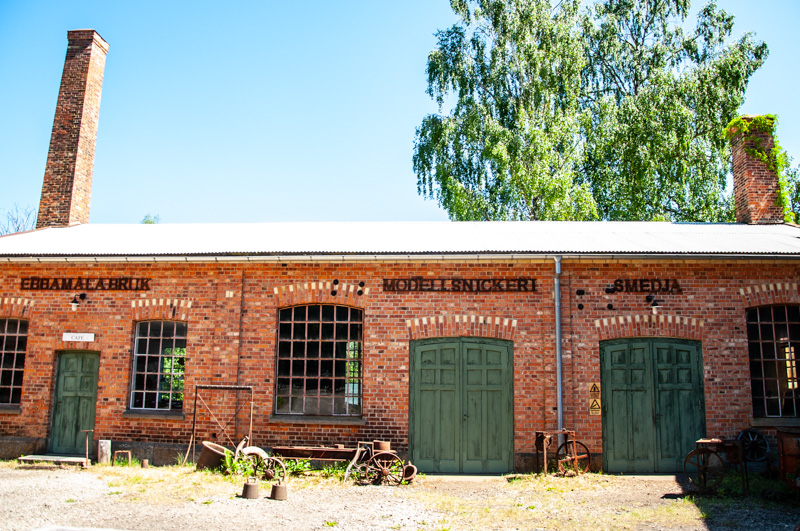 Visit Ebbamåla Bruk. Book a guided tour, coffee in the café which is open almost every day throughout the summer. It is an experience to be in this cultural-historical heritage!

There are the most strange museums and unusual buildings in Olofström, besides with incredible stories. In these places, you feel direct proximity to the lost culture such as quarrying, hydropower and industries, which are now completely silent. Yet the visitation destinations describe the life our ancestors lived, with distilleries and the black gold. It's both exciting and a little secret, but now you get to be a part of it.

​​Please take the opportunity to visit the Clothes Hanger Museum and the Camera Museum, located in Holje Park, or Gränum's Distillery with its history. Take a road trip and stay in Tulseboda Brunn, an attractive tourist destination every now and then. Since the middle of the 19th century, Tulseboda has been famous for its drinking water with lot's of iron in it, along with strengthening walks on the shores of Södersjön. Nowadays, Tulseboda Brunn is both a restaurant and a cultural destination. It is also an acclaimed park that has resurfaced and is only becoming more beautiful each year. 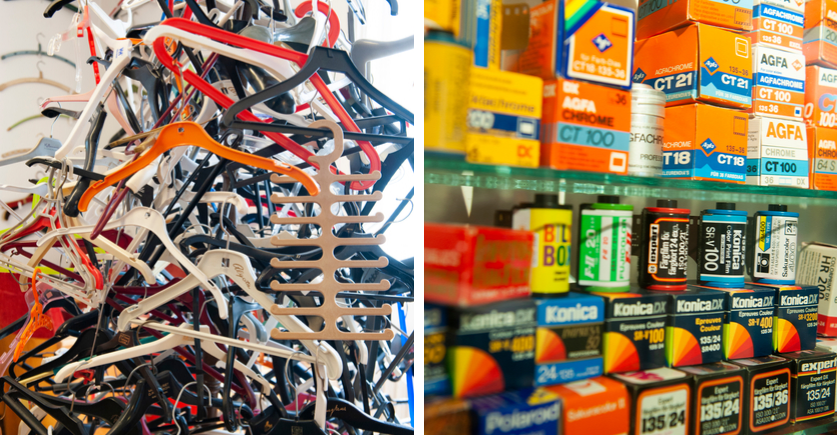 The stone museum in Vilshult

Did you know that the 16th floor of the Empire State Building is built with diabase from Olofström?

​​In the countryside around Vilshult and Kyrkhult, there is the world's finest diabase. The narrow vein in the diabase is called in the mouth of the answer granite. The diabase is only 10-20 meters wide and quite unique in its quality. Something that the Empire State Building got stuck on. During the 1890s, the diabase began to be broken in Olofström and through the development of industrialization could be processed into beautiful, shiny and polished stone material. It is a stone material that is often seen in cemeteries and in parks.

The "black" line. To preserve the knowledge and history of the local "stain", The Stone Museum in Vilshult was created by Kyrkhult's hometown association. At the Stenmuseet you can follow the steps in the quarry, meet the men who made it possible and see the tools, documentation and a selection of artwork.

The Stone Museum provides exciting guided tours that you just can't miss, if you have the roads past.

- ​whit a lush landscape
​​
Famous writers Harry Martinson, Sven Edvin Salje, Pehr Thomasson and Axel de la Nietze, are all born and raised in the parish of Jämshög and its environs. It has left interesting cultural traces in the countryside.
​​
​​Nobel Laureate Harry Martinson was born in Nyteboda and grew up in Blekinge until, as a young man, he served as a sailor and travelled the globe. Writing went on throughout his life, and until Harry Martinson's death, he had been recognized and awarded the literary personality. 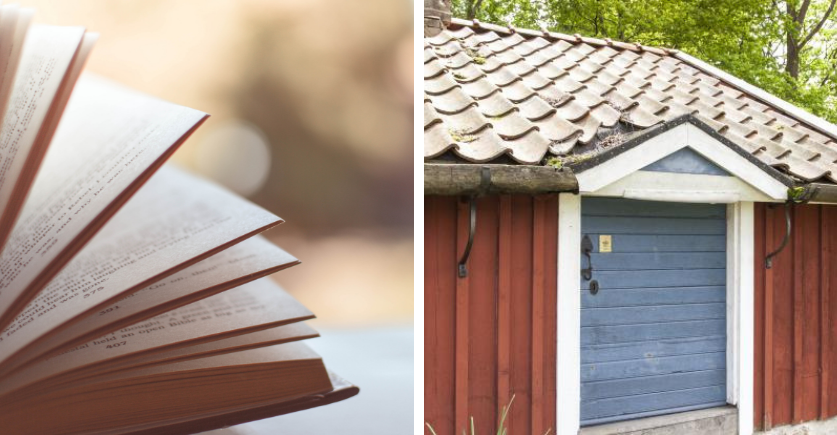 At the Author Museum in Jämshög, the lives of local authors are shown. Here you can experience Edvin Sage's study room together with collections, the school museum and the trade stall. Would you rather have a book in your hand and maybe read it on the spot? Then it would help if you visited Olofström's library, which has an extensive collection of authors' works. A large part of the books come directly from the authors' own library.

Many of Sven-Edvin Salje's books also became films that were recorded in the districts, these recording sites have been preserved and can be followed through a guided tour in the writer's village. The author culture is brought to life throughout the year with events and festivals, but if you want to experience the countryside at your own pace you can hike - The writer's trail

Youth and Elise are some of the beautiful sculptures you can see in Olofström. These are created by Carl Eldh, who was one of Sweden's foremost sculpture artists. He was, besides Christan Eriksson and Carl Milles, the most hired sculptor in Sweden during the first half of the 20th century. Blekinge has a special relationship with Carl as his family burial can be visited at Kyrkhult's cemetery.

Carl Eldh was born in Östhammar municipality and educated in Paris and was inspired by Auguste Rodin. Carl developed a convincing realism in his sculptures and also became the foremost sculptor of the labour movement.

Carl Eldh is represented with sculptures in several places in Sweden. For example, in Jönköping, Gothenburg, Trollhättan and at several locations in Stockholm.

Visit Aniaraparken where several of Carl Eldh's opus is collected. If you get more taste, you can also find more piece by Carl at Kyrkhult cemetery, in Holje Park and in Hembygdsparken in Kyrkhult.