The naval city Karlskrona is one of the best preserved marine facilities from the 17th and 18th centuries. And today it is an essential part of Sweden's maritime defence.

Look through shotguns in mighty fortresses. Walk around the church room so beautiful that it is easy to drop the breath. Look at impressive architecture and rope warehouse. You can also take part of hundreds of years old defense technology and shipbuilding.

Every component of the world heritage, large and small, contributes with its history and its lifetimes. There are stories we would love to share with - through the Naval Museum, Blekinge Museum, various events and a large selection of guided tours. 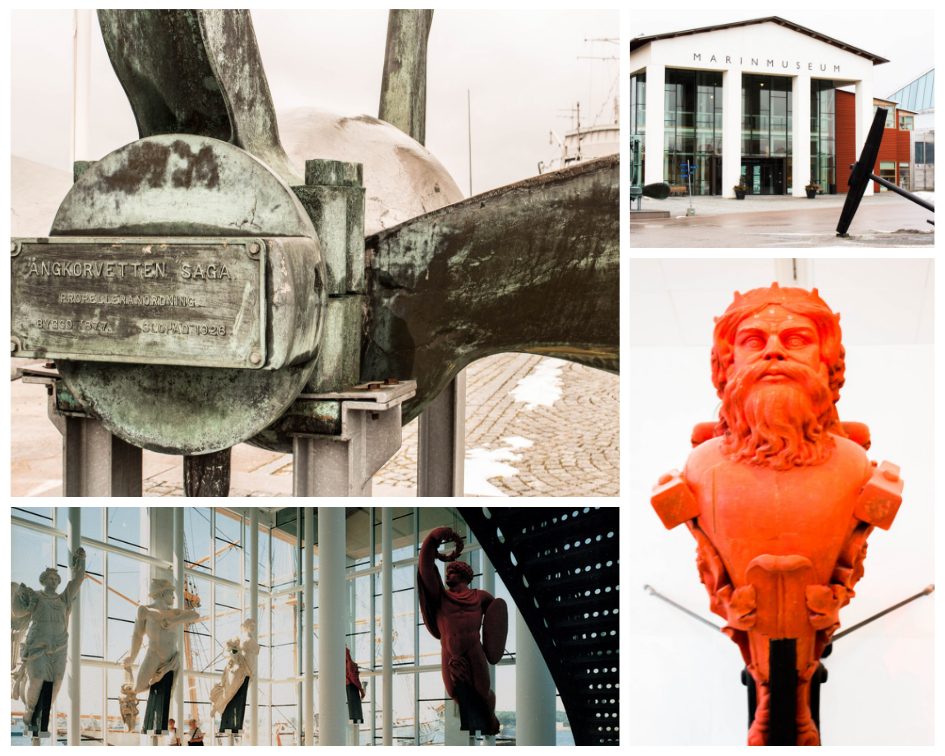 Kungsholm's fort lies on a separate island between Tjurkö and Aspö. In 1680, the fortress began to be built to stop enemies who want to reach Karlskrona's fleet, harbour and shipyards. The fort consists of ramparts, high walls, gunpowder houses and several other buildings. The island also has a spectacular circular sludge that is surrounded by walls with shotguns. If you whisper and whisper at the harbour's round fence, the person at the other end - a reasonable distance away - can hear what you say.

In the 1870s, they decided to build a park in the place where they had previously been exercised. Here, exotic plants were planted as the fleet brought home from their travels, including walnut, Chinese temple tree, bread spruce and tulip red. 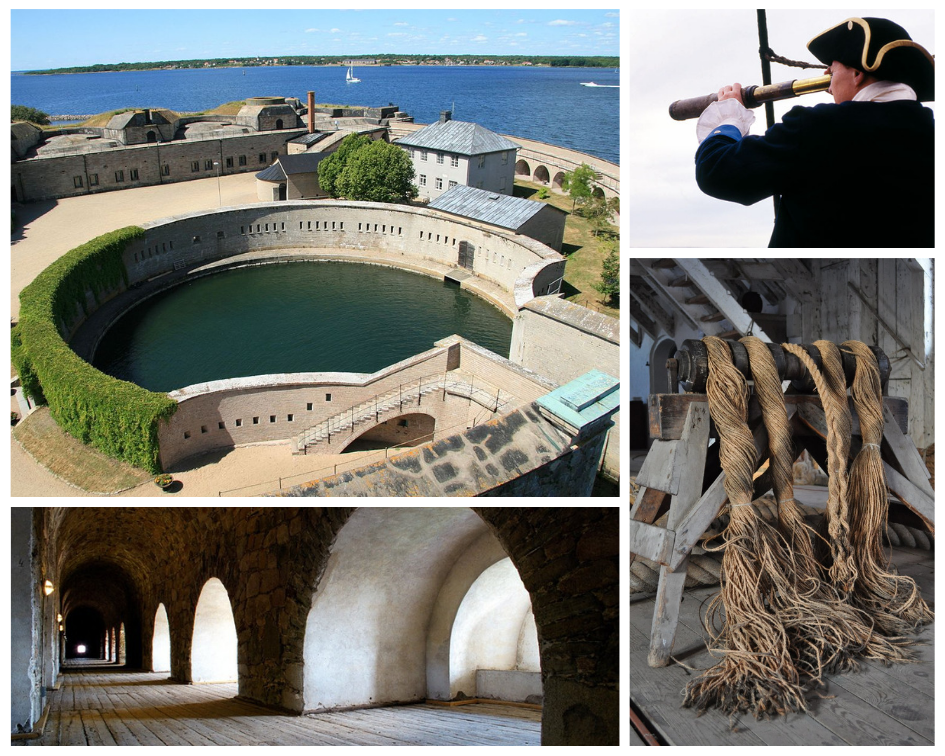 The Admiralty Church is one of the largest wooden churches in our country even though it was built as a provisional waiting for the money to suffice for a little stone church. Then it never came, and now the church has stood here since the inauguration in 1685. At the stairs, outside the church, stands the well-known wooden man Rosenbom and extends his hand. If you lift your hat, what do you see then?

In Karlskrona, the old man Rosenbom stands and waits outside the Admiralty Church from the 17th century. Rosenbom humbly prays for a coin, so we lift his hat and donate money. But what is it for a little figure that shoots out of the book a bit from there? Ah, it's the boy in Selma Lagerlöf's book: "Nils Holgersson's wonderful journey through Sweden". 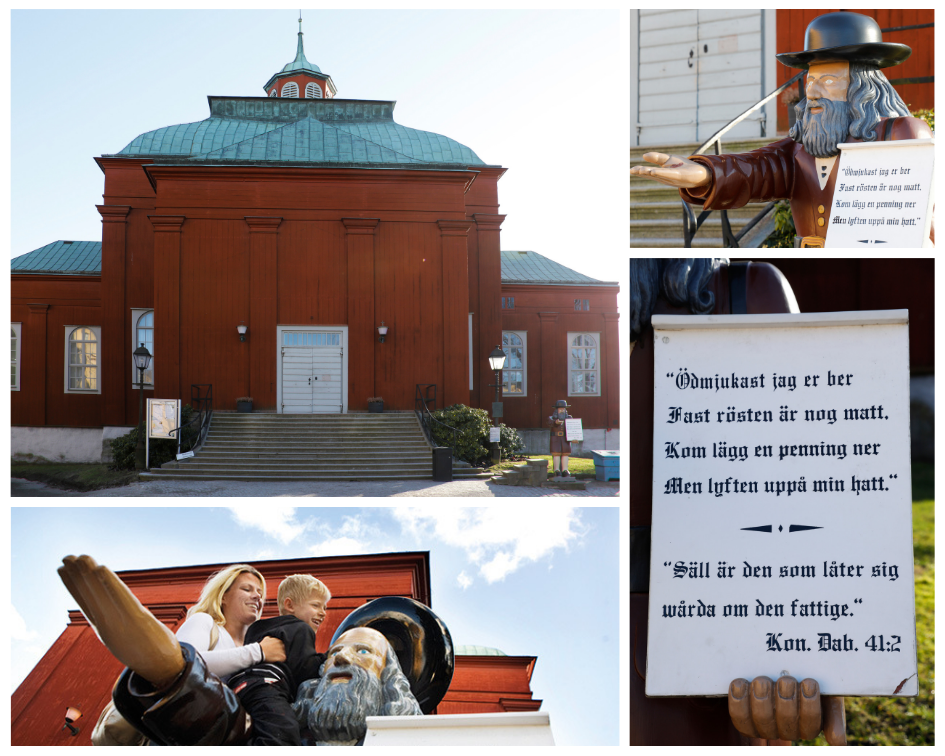 Most humble I beg you, although the voice is probably matte. Come and put a penny down but lift up on my hat. Seldom is the one who cares for the poor.