The best food and drink is processed in Blekinge

As one of the smallest landscapes in the country, Blekinge is full of small-scale producers who lifts up both party, weekend and everyday life. Join us on a trip straight through Blekinge and meet fantastic champions in both coffee roasting and cheese production alongside the country's happiest farmer - Per Brunberg at Björketorps farm.

At Björketorp's farm just outside Ronneby, the animals are somehow as happy as the farmer himself. It is noticeable that Per became a farmer by conviction and not because he was forced to take over the farm. Apart from an organic milk production (Skånemejerierier), Per also sells milk in a milk dispenser where customers can buy bottled milk - just like in the past. Also, he makes ice cream with fantastic flavours of the farm's milk, organic cream, neighbouring eggs, honey from Johannishus and sugar from Swedish farmers. 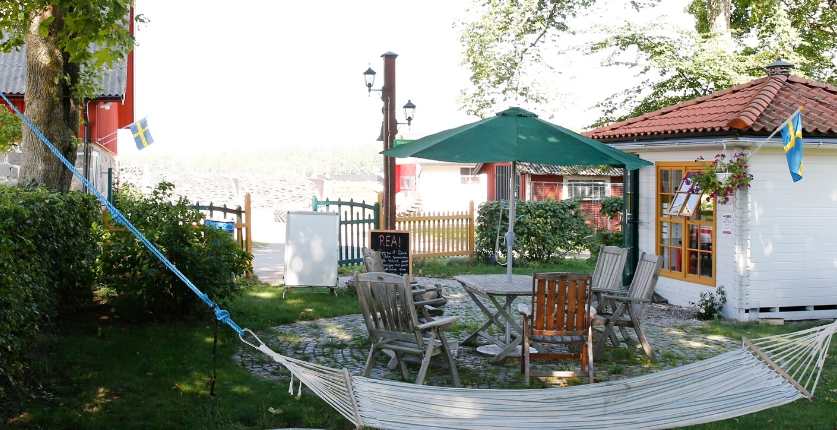 - The ice cream is entirely organic except for the sugar that is grown conventionally. So far, there is no Swedish organic sugar production, and I prefer to use Swedish raw materials before imported cane sugar from other parts of the world, says Per Brunberg. Per also spoils the customers with flavours of polka pig, vanilla with basil and lime, Daim, coconut, red and black. Currant and Jägermeister alongside classic vanilla, raspberry sorbet, chocolate and banana. For God's sake, don't miss the passion fruit ice cream or brine chalk. To mention a few.
In addition, there are glass manufacturers in Vilshult: Holje Glassfabrik and in Karlskrona: Karlskronaglass
Navigate to - Björketorps gård

Mörrum
Only a few hundred meters from the rushing water of Mörrumsån, right across the kiosk in the middle of the village Henrik Arvidsson runs Blekinge Coffee Brewery. A successful coffee roastery that started as a hobby and has now become a full-time roastery. It goes well, too. So good that Henrik took SM gold and became World Cup four in coffee roasting. Apart from buying coffee - brewed or unbrewed - you can also have a coffee and snack coffee and roasting with one of the country's most significant expertise. 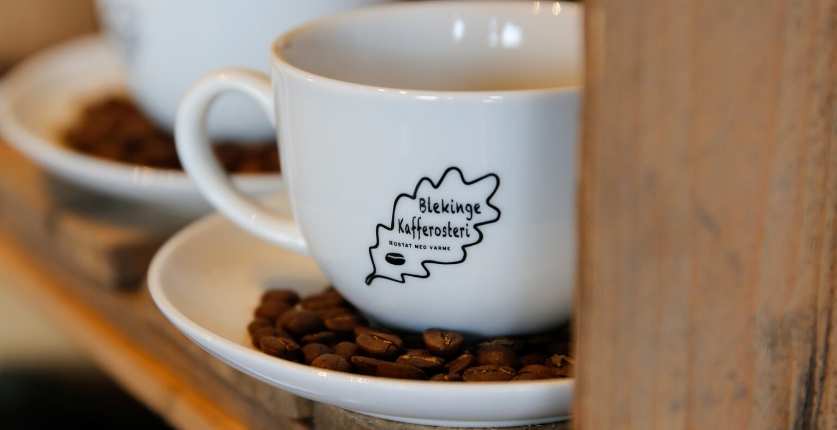 - Depending on which flavors you prefer, there are several different coffee varieties to choose from. Many people appreciate Zilas Gold Coffee, Colombia Excelso and Kenya Limited Edition, says Henrik Arvidsson. He has managed to convince more and more companies and individuals in the region to abandon bulk coffee to focus on genuine flavours and delicious coffee.

To get unique flavors, one should use a scale when measuring the coffee beans, grind the beans in a coffee grinder (while the water is heating) and brew the coffee gently.

There is also a coffee shop in Karlskrona, Rosteri Skeppsgossen.

Karlshamn
In the middle of central Karlshamn, in properties that belong to the former soy factory, now AAK Sweden AB runs Dan-Magnus Svensson and Magnus Karlsson a fantastic microbrewery. Three favourites are Smugglarhamnens Pilsner, a Czech pilsner with a large amount of noble Saaz which gives a soft bark that lingers for a while in the palate. Feel free to try Smugglarhamnens Pilsner for the herring at midsummer or why not as a classic party drink when the summer light finally returns? Two other favourites are Passion IPA, an American India Pale Ale and International Haze, New England IPA which will be on the market in June 2018, which is a trendy and cloudy beer (yes it should be) which, in addition to vast amounts of hops, also contains fruit puree and lactose. Hold the hat - lactose (!)
Like a summer drink with sweetness without losing the feeling of beer. 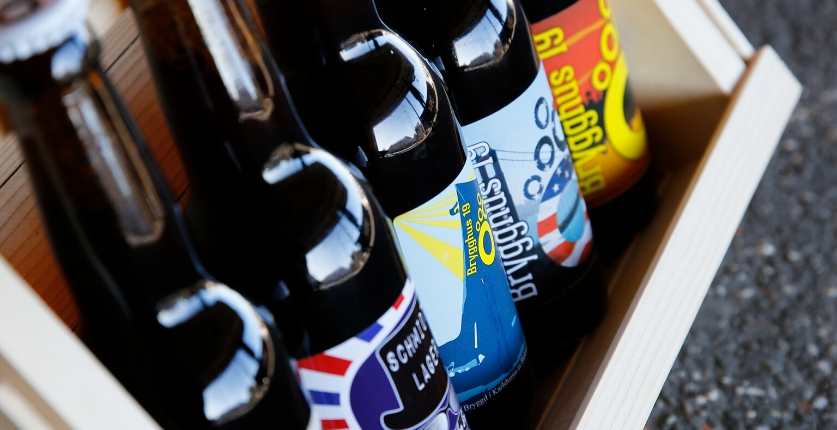 Besides, there are two breweries in Karlskrona: Bryggeri Skeppsgossen and Carlskrona Bryggeri.
Navigate to - Brygghus19

Karlskrona
At the Stora Boråkra Vineyard just outside Karlskrona, winemaker Staffan Ottosson grows grapes on 1.5 hectares, i.e. a little over 15,000 square meters. 3000 round vines. It doesn't sound like much to be a winery, but the truth is that the Stora Boråkra Vineyard is one of the largest wineries in the country. Also a perfect one. Stora Boråkra Solaris from 2016 is a white fresh, and fruity wine with healthy tones of pears, citrus and a particular herb with good acidity in the aftertaste, wine writer Mikael Mölstads wrote in the autumn of 2017 in Svenska Dagbladet. Despite all the successes, it is, of course, challenging to grow wine in Sweden. However, the proximity to the sea provides a stable climate that, in combination with durable grapes (Solaris), manages to mature in a cold environment with good harvests. But is it really possible to live as a wine farmer in Sweden? 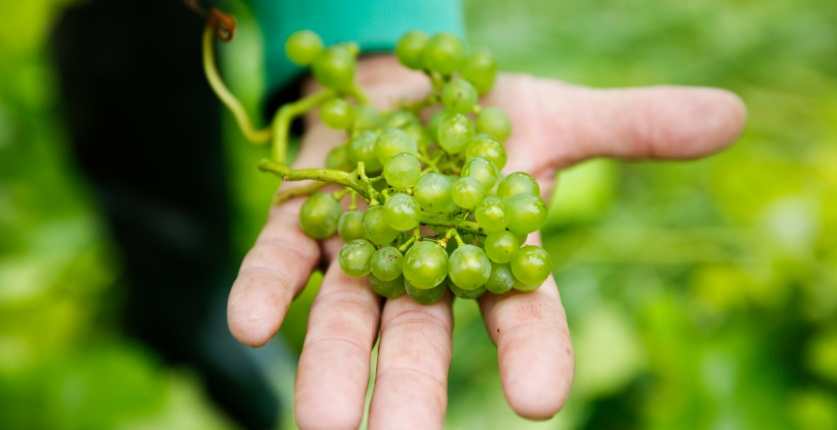 Visiting Jill and Peter Widebrant on the beautiful farm Askunga Dovvilt just north of Karlskrona is like stepping right into a Buller town sign, Astrid Lindgren signed. Apart from a popular farm café (known for its good sandwiches), Jill and Peter have their own dovetail fence. Just outside the fence grazing a few red dung beetles, a jog with chickens and further afield on the barn hill a bunch of pigs bark in the mud. Do not miss the farm shop where you sell fantastic raw materials from farm animals processed in all kinds of varieties. There are also meat from other producers in the immediate area. New for this year is the sale of reindeer meat from northern Sweden. 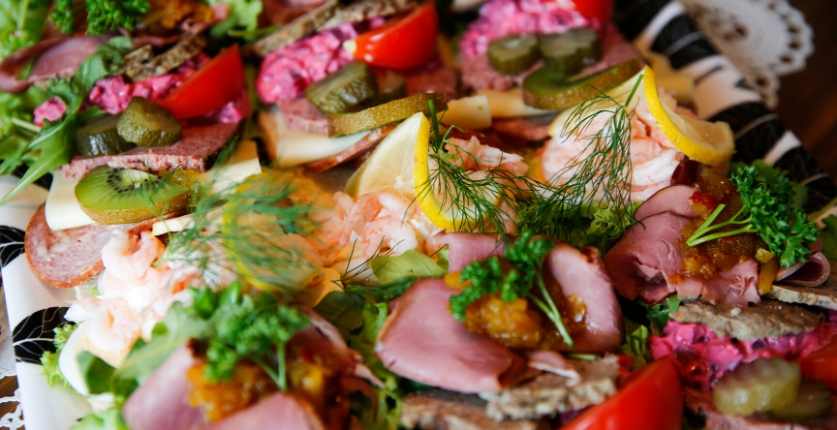 - We are constantly working to develop our farm and try to find new suppliers who think that we, with good animal husbandry and high quality, says Jill Widebrant.
Navigate to - Askunga Dovvilt

Almost 30 km north of Karlskrona
In the middle of the villages of Klakebäck and Gullholma, almost 3 km northeast of Karlskrona, Boel and Lars Dahlberg run one of southern Sweden's most successful dairies where they make cheese on milk from their own goats together with milk from one of the neighboring farmers' cows. 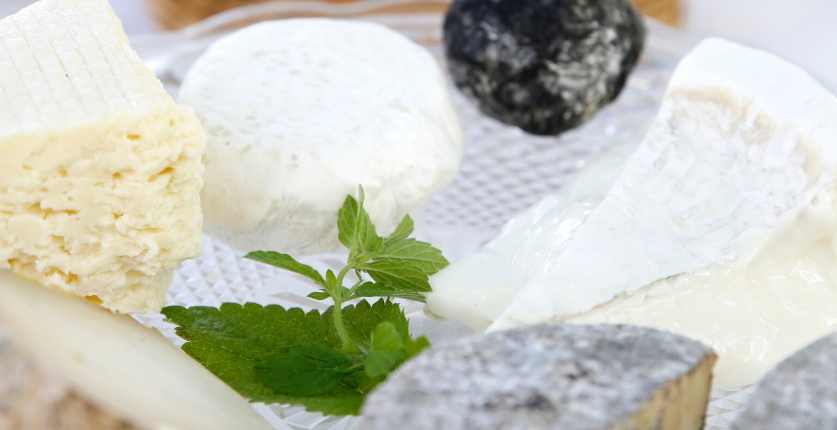 - We pasteurize the milk and produce cheese in an old-fashioned way where we only add our own lactic acid culture, rennet (so that the milk solidifies), mold culture and salt, says Boel Dahlberg, who has since won several awards during both the Ostfestivalen in Stockholm and SM in Mathantverk. organized by Eldrimner (National Resource Center for Food Crafts).
Do not miss the goat cheese White Caprin who won the gold medal at the Cheese Festival, as well as the favorite Orranäs Farm cheese that is always hanging with home from Orranäs. www.orranasgardsmejeri.se. www.orranasgardsmejeri.se
Navigate to - Orranäs Gårdsmejeri

- to book an experience

- close to the sights

Exiting accomodations along the way