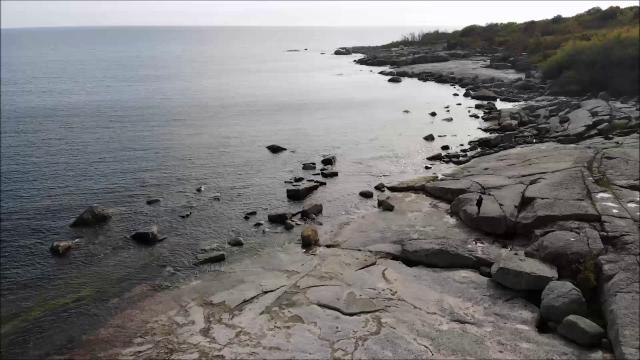 Dragons, giants and deer. Every night the dragon took the two miles between Tjärö and Hanö, with only two wings. When the 16-meter-high lighthouse was lit for the first time, the draft was dazzled and crashed right into the rock wall below the lighthouse. It is the story of how the Dragon brand came under Hanö lighthouse. Perhaps you wonder how the spectacular stone reef Bönsäcken ended up at just Hanö? Also, it is told about it in a well-known saying: A sociable giant woman who lived on the island decided to build a stone bridge over the sound to be able to enter the Listerlandet. She collected lots of stones in her large apron but stumbled and all the rocks she picked fell out, ended up at the shore and formed the Bönsäcken.

Like a fairy tale, Hanö grows out of the sea outside Sölvesborg. It is not so strange because the island is full of rascal and crows with dragons and giants as part of the main ingredients. 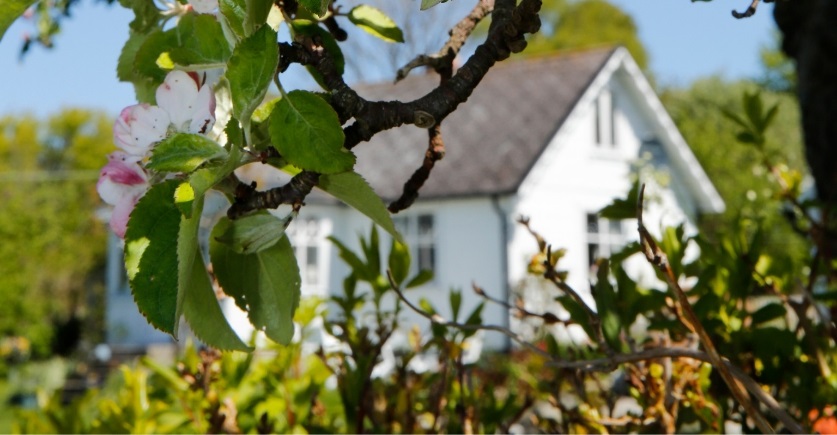 A small island with a great personality. But even if the stories are exciting, Hanö is actually even better in reality. It is an island that attracts explorations and depending on which whether you choose to go after the landing you get entirely different nature experiences. The beanbag, on the northern side of the island, consists of millions of water-cut stones that continuously move and change shape after the sea's wind.

Hanö's distinctive silhouette has always been a familiar landmark for seafarers from all over the world. On the island, there is the English cemetery, a memory from the days of the Napoleonic War (1810-1812) when Hanö was an English naval base.

Today, the guest harbour is very popular with sailors. If you fancy something good, the island's restaurant is a stone's throw away. There you can enjoy food and drink while you look over to the mainland and see the ferry ploughing through the water between Nogersund and Hanö. 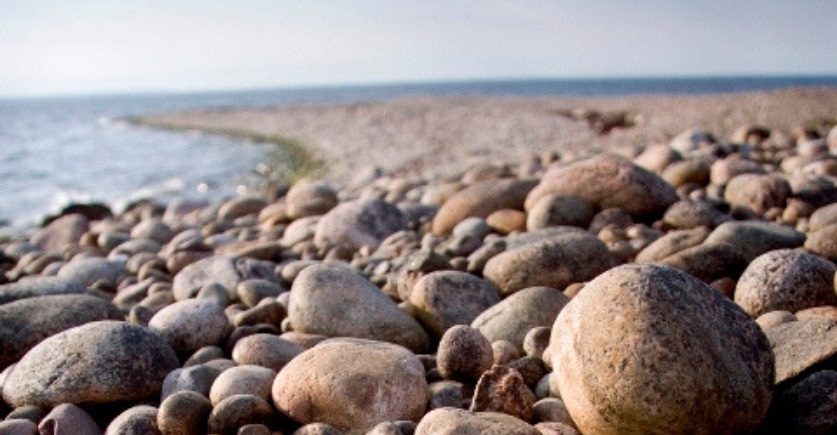 Go for a swim

Being in love with Hanö is easy. It thinks all the 40,000 visitors who visit the island annually as well. No matter what the weather is, it is an exciting experience. It may be worth mentioning that Blekinge is one of the sunniest places in Sweden. On hanö has spectacular views and a picturesque harbour environment with three lovely bathing places: The harbour, the Children beach and Vindhalla. 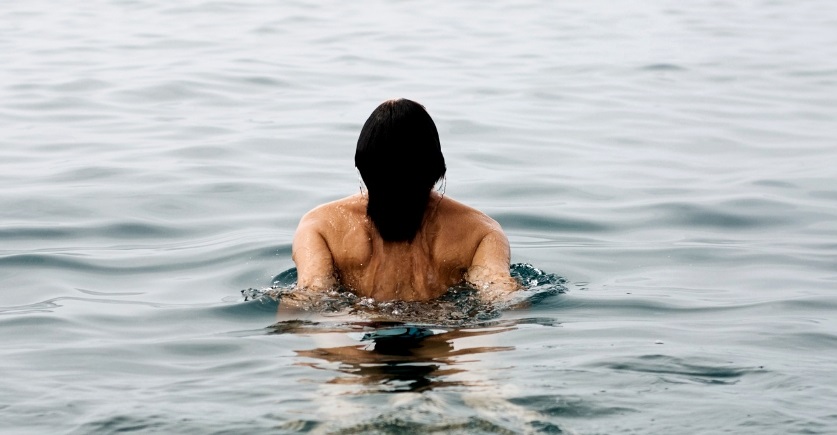 Find the Dragon brand when you are at Hanö. It is an enigmatic wave-shaped mark in the rock wall below Hanö lighthouse. According to several sayings, the brand arose when Hanö's fire-breathing dragon crashed into the rock the first time the lighthouse was lit. Hanö Lighthouse is one of the brightest lighthouses in the Baltic Sea with a light width of about 40 kilometres. Not only that, there are two significant downsides in the ground. It is said to be footprints from giants.

During the Napoleonic War, Hanö was an English naval base. Sadly, fifteen Britons lost their lives here during this time. They are now buried in the English cemetery on the island.

Did you know that it is said to have been an underground treasury where Hanö lighthouse stands today? It was called the Åbedahallen and was guarded by the Åbeda man. He was an empty man who protected the treasure in every way possible. For example, he could turn into a fire-breathing dragon if required. Anyway, it is equally exciting to visit Hanö today. The only thing that puts an end to your experience is your imagination.

Hanö is praised for its peace-filled harmony and beauty, nature is both magnificent and distinctive. The southern part of Hanö consists of tropical avenue forest. Here you may come across some of the many indigenous fallow deer that were implanted in the 1950s. From the beginning, they were only five, but today it is uncertain how many they are.

Go to Hanö in May, then you will hear the mighty bird song of the nightingale. You can see the thunder dive diving for fish in the sea or nesting on the rocks east of the beanbag. Woodpecker Gökyta thrives on Hanö for the vibrant presence of ants that are the species' favourite food. In the enchanting avenue forest you can, with a little luck, meet the rare smaller flycatcher "Ficedula parva." It can be challenging to detect but reveals its presence through a series of falling tones at a slow pace. 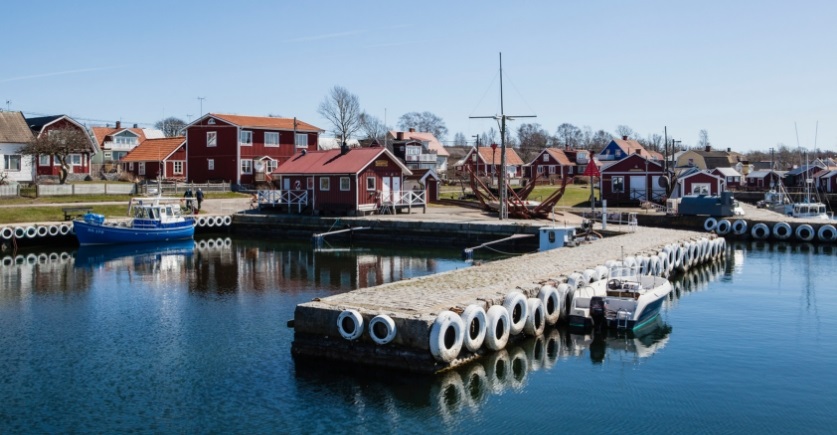 Tickets can be bought on board, and the summer card of the municipal traffic applies. The ferry to Hanö takes 100 passengers and is adapted for the disabled. 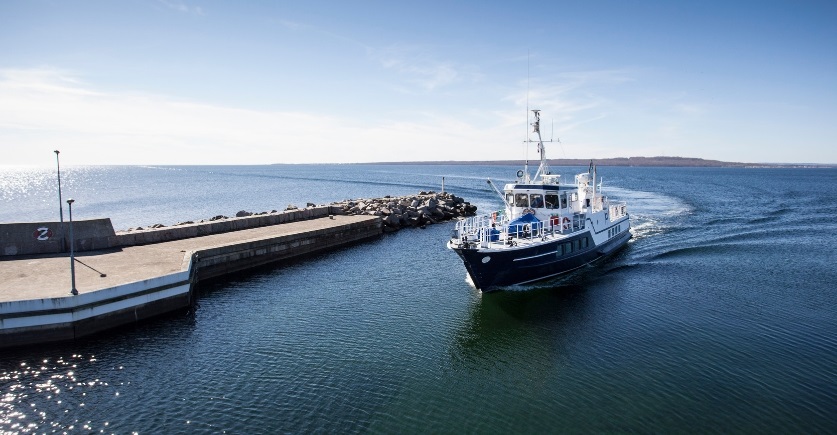