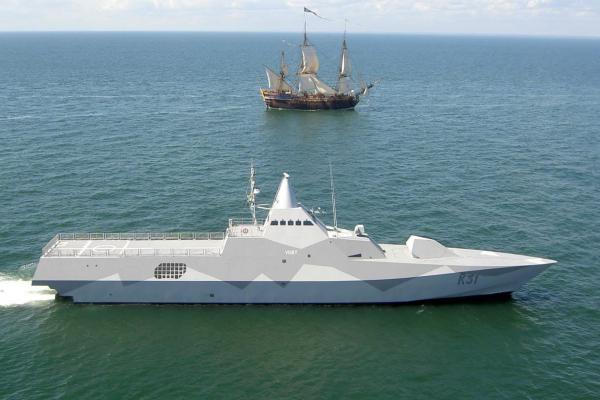 The Naval Day in conjunction with Navy's 500 years anniversary

In 2022, the navy will be 500 years old. Five hundred years earlier, in 1522, the Swedish navy was born. The reason was the crucial importance of the ocean and the sea roads in a turbulent time.

Throughout the century, the navy's presence, both in times of unrest and during calmer periods, has been important for Sweden's development and independence. Five hundred years later, the significance of the sea and the Swedish Navy is at least as great as when it was formed. Join in celebrating the navy and all the people who have gone to sea for the best interest of Sweden, during the century.

During the Karlskrona-weekend, The Naval Day is held on Saturday August 13th, when the gates are opened to the public and the entire activity is shown, in its proper environment, to the general public.

On the 12th and 14th, activities of a more historical nature take place in the naval city and at the Naval Museum. During this, a memorial stone will be unveiled. This will take place on Friday August 12th at the Admiralty Church.