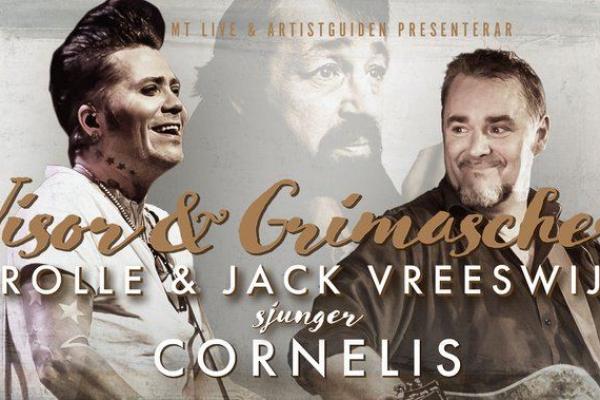 Cornelis Vreeswijk - one of our greatest artists of all time.

Few artists have become as popular as Cornelis. He touched us, made us laugh, cry and love. The song treasure he left behind has proven to live on from generation to generation, and many of his songs are more up to date than ever.

Jack Vreeswijk is the son who for many years avoided performing his dad's songs, for fear of being compared to "his old relative". But in recent years, the fear has turned into pride, pride in being nurtured and managing a legacy that only he can pass on.

For Brolle, Cornelis and his songs have always been a great source of inspiration. So great that in 2005 he released the album "En Stund på Jorden" where he interprets Cornelis songs. The album was praised by both critics and audiences.

Tickets are sold on-line via Tickster.com, the link can be found down below.
Price: 530 SEK incl. service fee,