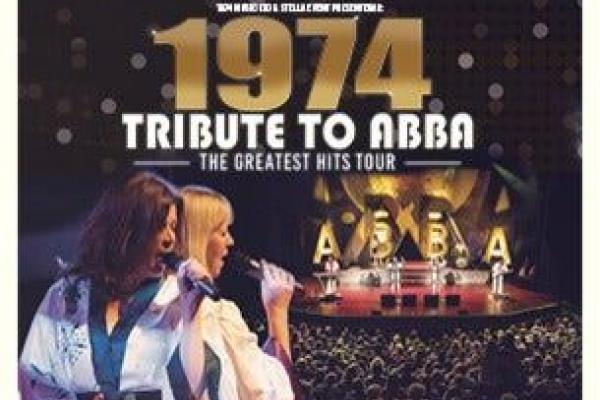 Experience the music of the ABBA super-group through the world's best tribute band, the English band 1974 - Tribute to ABBA. This evening you will surely return to ABBA's heyday when ABBA ruled the pop scene!

It's like seeing the four original members again and hearing classics like "Dancing Queen", "Take a Chance on me" and "Waterloo".

When Aileen Mclaughlin and T J Davis (or is it Agnetha and Anni-Frid) come on stage, it is not only the looks and the costumes, but also the fantastic vocals that make us wonder who they really are.
Robert Arnall and Jules Dodd as Benny and Björn complete the super-group.

The fact that the world has not forgotten ABBA's fantastic music is proved by the 1974 tour of packed concert halls, festivals and arenas all over the world. 1974 has also toured with superstars such as Rod Stewart, Kylie Minogue, Tom Jones and Sir Cliff Richard.

Length: about 125 min including pause
Age limit: 13 years.
Wheelchair spaces can be booked at Karlskrona Tourist Office, Kalmar ticket center and via the call center to Ticketmaster. The number is down below.
When purchasing a wheelchair space, 1 attendant enters on the same ticket freely.