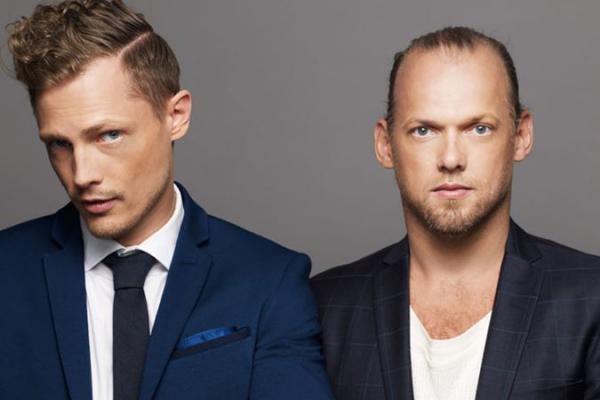 Brynolf & Ljung made their international breakthrough in Britain's Got Talent in front of over 11 million viewers. For the Swedish audience, the big recognition came with the series "Brynolf & Ljung - Street magic" on TV4 (2015). The series has so far aired three seasons with half a million viewers every week.
They have performed in Las Vegas, Oslo, Helsinki, Copenhagen, New Delhi, Vienna, Edinburgh, Shanghai, Hangzhou, Beijing, Paris and London. This time they are in Mörrum giving an intimate show.

Admission foyer (food is served): 19.00
Coffee with cake is served after the show.
Admission salon: After the meal
Length of the performance: approx 45 minutes

The organizer of course follows FHM's recommendations and believes in their forecast, which looks good for the autumn. Should there be any restrictions that prevent the performance, they will of course pay back the money.
The only thing you as a customer risk is the service fee and other optional additional services at the ticket retailer (insurance, delivery and distribution fees) that are not refundable.

In a situation where the restrictions mean that they may limit the number and increase the distance between the guests, they reserve the right to move the audience to other places if the restrictions from the government force to do so.