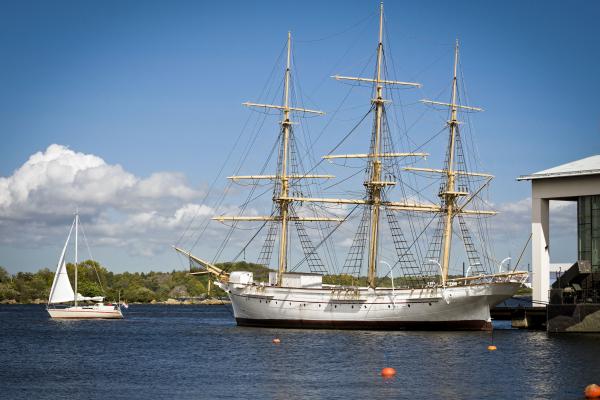 During the 12-14 of August, the celebration for the navy's 500 year anniversary reaches Karlskrona. Welcome to the Naval Museums activities during the naval days - The Naval Museum participates at the museum and at a tent outside the Admiralty Church

In the tent - lectures, film and towing tank
During the Naval day on the 13th of August, researchers from the Naval museum and Vasa museum will be giving lectures in the tent at the Admiralty church. They will cover topics such as submarine incidents of the 1980's, clothes and shoes from the ship Vasa and building and maintaining a navy during the early 17th century. In the tent visitors can also see a film from the exhibit Swedish naval defence 500 years and try shipbuilder Fredrik af Chapmans' towing tank in miniature.

Showing of museum train
On the 13th of August the Naval museum gets a visitor from sistermuseum The Swedish Railway museum. The Railway museum will drive one of their trains to Karlskrona. The train is pulled by electric locomotive Rc1 1007 from 1967 and behind it is pulling 1st class railcars from the 1940's, 50's, 1964 and a bar- and cafécar as well as a restaurant car from 1946. The train is shown to the public at Karlskrona central station between 10am to 4pm.

More information about times and more will be posted during August on marinemuseum.se.